Recall that Mobile Number Portability (MNP), which was launched in Nigeria on April 22, 2013, across all networks, is designed to offer subscribers the opportunity to port their GSM numbers from one network to another, without losing their original numbers. Migration is free of charge and can only be done once in every 90 days.

The move was also meant to push the network operators to buckle up with the quality of service provided, as risked losing their market due to poor services.

According to the latest industry statistics, about 121,154 customers dump their beloved network providers in the hunt for enhanced quality of service. 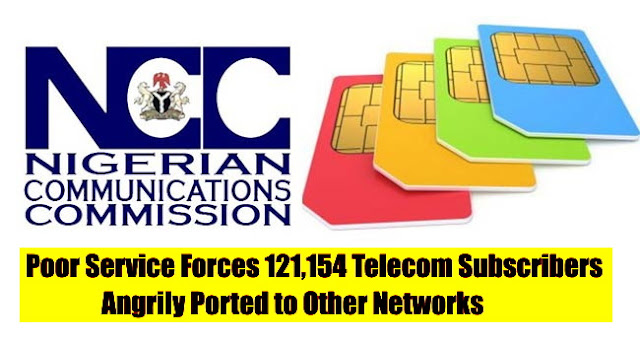 Statistics obtained from the Nigerian Communications Commission (NCC), showed that the quartet of MTN, Globacom, Airtel, and 9Mobile lost 121, 154 subscribers, but accommodated 139, 021 in terms of those who ported into their networks.

But in terms of subscribers who ported into the networks, 9Mobile had the highest figure with 77, 492 telephone users who preferred the network over others. Airtel came second with some 30,026 customers coming in. MTN is third with 23, 851 users, while Globacom was only able to attract 7,653 subscribers.

Needed Materials to Port to Other Network
You’ll need the following in place before porting your line to another network
» Valid ID Cards like National ID Card, Voter's Card, Driver’s License or International Passport
» Registered Sim You want to port
» Patience.

Recommended: Port to Airtel Network and Get Whopping 10GB Data For Just N500 or 2GB for N100

How to Port From One Network to Other Network
» Work into any of your desired Network Outlet around you with the above requirements.
» Tell them you will love to Port your existing SIM (any Network) to their network
» You will be asked to fill out a Form. Follow Customer Care Procedures)
» Now you will receive an SMS from the network provider on the old/existing operator SIM telling you (You wish to port your line)
» There will be a 2-hour of ‘no service period’ which will begin after the porting time as given above.
» Reboot your Smartphone when you noticed that the old operator Network has disappeared.
» After the ‘no service period’, you can replace your existing operator’s SIM card with the new SIM card in your handset.
» You will then get a confirmation message that your SIM has been ported.

Let us know what you think in the comment.

Posted by Shelaf
Labels: mobile, Others
at 10:09 AM