Menu
Home » Others » Social Media » Google on the Course of Making New Unified Communications App, Specially for all Business Needs

Google on the Course of Making New Unified Communications App, Specially for all Business Needs

Based on the report we gathered from The Information. The Google Mobile app for businesses will combine several of the search giant's standalone applications and technologies. The Information spoke with two people that have used the application as well as three others who were briefed on the product. 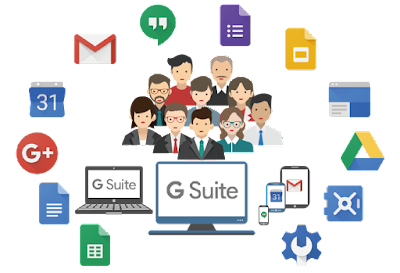 One app for all your business needs
Google's unified communications app for business is apparently going through internal testing at Google at the moment and people familiar with the matter said that Google Cloud CEO Thomas Kurian shared details regarding the app at a conference earlier this month with Google Cloud team members and business partners.

According to The Information's report, the mobile application will be part of Google's G Suite of productivity software. The app could also help the company better compete against established players in the unified communications market such as Microsoft and Slack.

Google G Suite for business already includes applications such as Gmail, Docs, Calendar, Meet, and Drive, so adding other ways for business users to communicate with one another does make a great deal of sense as it will help boost productivity as users will be able to do more from within a single app.

Posted by Shelaf
Labels: Others, Social Media
at 2:29 PM