A+ A-
Print Email
It appears internet subscribers are starting to discover love again in Nigeria's largest telecoms operator – MTN, as things have gone in a new direction in the telecom industry nowadays.

MTN defeats Airtel for the first time in 5 months, gaining a total of 488,120 internet subscribers in the month under review. 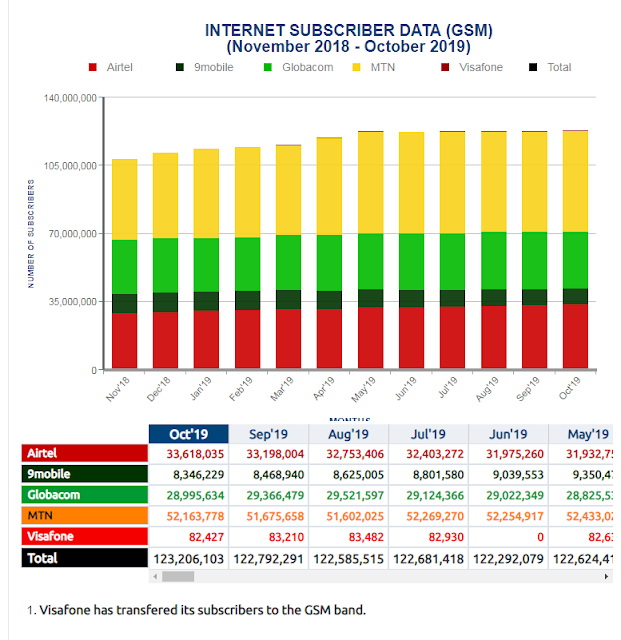 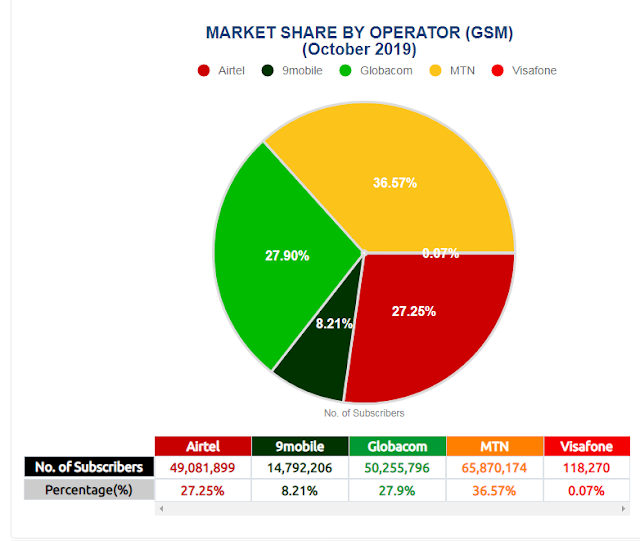 9mobile seems to be comfortable with its position as it continues to lose subscribers every month, now standing at 14,792,206 (8.21%) after losing over 500,000 subscribers in October. This telecom has continued to witness subscriber losses since 2016 despite a change in ownership in 2018.

The NCC stats for October also show that for the first time since March 2014, 9mobile lost its crown as the most favorable network for porters to Airtel. The new king of porting recorded 11,868 incoming porters about 5,000 more than 9mobile’s 6,410.

Incoming Porting means the number of numbers ported from one telecom into another telecoms network.

However, this is still way bigger than third place MTN with 1,863 incoming porters, while Glo continues to be the least appealing network to port to with only 335 incoming porters.

Posted by Shelaf
Labels: Browsing Tips, Others
at 9:28 PM