A+ A-
Print Email
The social media giant - Facebook, has released a new tool that will authorize the users to export their photos and videos directly from Facebook to other online platforms. 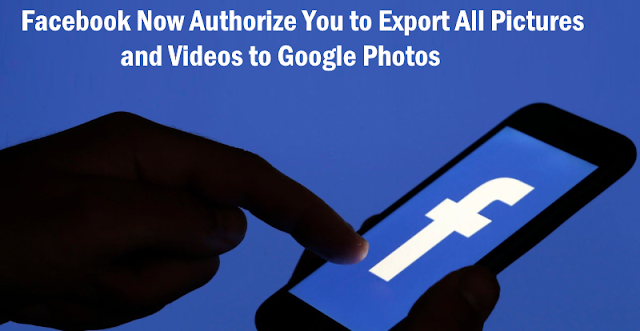 
“For almost a decade, we’ve enabled people to download their information from Facebook,” explains Steve Satterfield, director of privacy and public policy at Facebook. “The photo transfer tool we’re starting to roll out today is based on code developed through our participation in the open-source Data Transfer Project.”

The Project also includes participants such as Apple, Google, Microsoft, Twitter, and others. Facebook says it’s starting with the Google Photos initially, but other services could be included in the future.

Presently, Facebook says the open-source tool to transfer your photos is only available to some users in Ireland but will be made available to the rest of the world in early 2020.

You can find the tool under settings on Facebook once it is available.

Posted by Shelaf
Labels: Social Media
at 11:00 AM