A+ A-
Print Email
Smartphone cameras recorded somewhat of a quantum increase in this 2019. We started the year with 48-megapixel cameras, jumped the gun to 64-megapixel, and then ended at 108-megapixel sensors, all on commercially available phones. Multi-camera setups became a norm, and even phones that cost around N50,000 started packing four rear cameras that click social media-ready photos. Night mode became the talk of the town, and although the difference in its implementation varied significantly between the top-tier phones and low-end segment, its widespread availability was definitely a plus. Computational photography came to the forefront, and Google Camera mods became all the rage for users who didn't like the stock camera app on their phones.

Contrarily, video quality hasn’t been given the same amount of attention, Android phones can't record video files that are larger than 4GB in size. That could probably change in the year 2020 with the Qualcomm Snapdragon 865’s improved ISP. 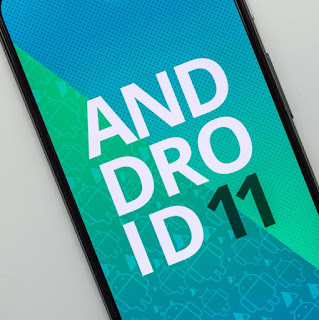 Even as Android smartphones are shipping with larger internal storage capacities, have faster modems, and are now supporting 5G networks, an old limitation prevents most of these phones from saving video files that are larger than 4GB in size. However, that could change in Android 11, the next major version of Android that’s set to release in 2020.

The limitation is getting more and more annoying as time goes by, because right now handsets capable of recording 4K videos at 30fps are basically everywhere, and that means big file sizes. 4K60 takes up even more space, and don't be surprised if the first devices with 8K recording capabilities show up on the market in the very near future.

In light of that, the size per minute of video captured will only go up, which means that you'll fit less and less time into that 4GB. As it is right now, video recording won't stop after the current file that's being created has reached 4GB, the camera app will keep recording subsequent files. So if you keep going, even at 4K30, you may find that your Gallery has a bunch of different files stored for what you thought was one continuous recording. Not perfect, without a doubt.

The 4GB maximum file size limit for video recordings has been in place since 2014 when the mobile world was much different in terms of hardware capabilities, and while it may have made some sense then, it definitely is just a step back in user experience right now. Google appears to have understood this.

The description of a new commit in the Android Open Source Project Gerrit says Google will allow Android to "compose/mux files more than 4GB in size" in the next major version of the OS. That could be Android 11, and if the company keeps to its previous time frames, the first beta should be out sometime in March.

Posted by Shelaf
Labels: Android
at 11:44 AM