A+ A-
Print Email
While has improved significantly in the past two decades, the industry still finds itself playing catch-up to and hackers. While this will always be an unfortunate reality for the industry, it can be lessened with help from manufacturers and tech companies.

There’s one problem, however: not many tech companies devote enough attention to . It’s not hard to see why not either–blissful ignorance is a powerful motivator. If you don’t recognize the security problems your product/company may possess, then it’s almost like they don’t exist, right? 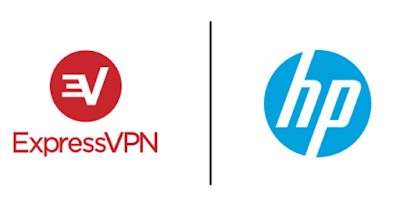 Wrong. Fortunately, not every tech company chooses to live in blissful ignorance. Take, for example, HP. HP recently released their new laptop, the x360 13. The press release for the laptop highlights many improvements HP has made over the previous iteration, but none of the upgrades compare to the countless security improvements the new contains.

Today, I want to quickly go over the security improvements the new contains and why other laptop manufacturers should follow suit.

Security Improvements
The 13 isn’t shy about its focus on security, and the press release shows it. As a matter of fact, the first improvement stated in the security section is the ability to turn off a webcam completely by flipping a kill-switch located on the outside of the laptop.

The internal microphone works the same way (mostly), but instead of a full-blown kill switch, the microphone is connected to a physical mute button. Sure, maybe not as impressive, but still a nice feature nonetheless.

The new also offers a privacy screen, though it’s an optional purchase that must be made at the time of purchase. A privacy screen is especially important for users, as it keeps any wandering eyes from reading the information present on your laptop.

Last, but certainly not least, is the partnership between ExpressVPN and HP. The extremely-popular VPN company partnered with HP just in time for the release of the new , and because of that, ExpressVPN is offering a free 30-day trial to their VPN for all purchasers of the 13. If you still have no clue what this all means, have a read how does VPN work.

Why HP is Influencing the Industry
All of these security improvements may not sound like much, but keep in mind that, even though by themselves they aren’t, the effect that they may have on the industry is.

What do I mean? As I mentioned earlier, not many tech industries focus on security when concerning their products or values. Sure, some companies (such as Apple) do, but they’re in the minority.

However, with HP taking a stand and centering their new, mainstream laptop around security, some tech companies may begin to follow in their footsteps, focusing more on security and less on profit.

And with a company like ExpressVPN partnering with HP, I feel we may be seeing more companies join forces with tech companies. It would be extremely beneficial to not only the the overall tech industry as well.

Who knows? Maybe HP will continue to center their products around security instead of aesthetics. All I know is that the industry needs all it can get from these companies, as is as important as ever.

Conclusion
Never would’ve I thought I’d be writing about how HP is influencing the tech industry and industry, yet here I am. The new 13 doesn’t just aim to impress, it aims to influence–to set a standard.

Will attempt work? Maybe, maybe not. What I do know, however, is that the new 13 is an impressive laptop security-wise, and HP’s attempts to bring to the forefront is admirable.