A+ A-
Print Email
Google has launched an updated version of its Android (Go Edition) mobile operating system for entry-level phones based on Android 10. Google has detailed its latest version of Android Go, its lightweight operating system meant for low-powered devices with less than 1.5GB of RAM. 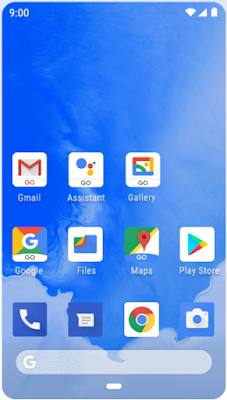 With Android 10 (Go Edition), Google says it has improved the operating system’s speed and security. App switching is now faster and more memory efficient, and apps should launch 10 percent faster than they did the last version of the OS.

Features of Android 10 Go Operating System
For some, data protection may be the real star of the show. Android 10 Go edition includes a new Adiantum encryption system that should secure data without affecting performance or requiring special hardware. You won’t have to worry that your sensitive info is vulnerable simply because you bought an entry-level device.

Google said that Android 10 Go will begin rolling out to various budget Android smartphones from several manufacturers this week.