A+ A-
Print Email
It’s already time for the second major event of the 2019 "Samsung Galaxy Unpacked". The last Unpacked event was in February and introduced us to the stellar Galaxy S10 series, the futuristic folding Galaxy Fold, and a slew of new wearables, including the Galaxy Buds. 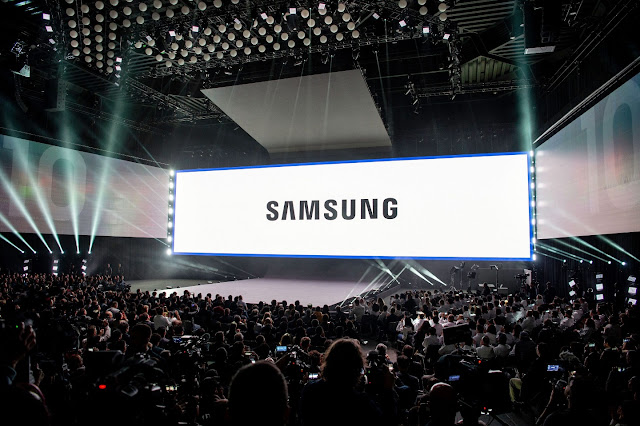 We’re expecting an event packed to the rafters with new technology and developments.

But you don’t want to just read about the reveals after the fact — you want to experience them live, whether by watching a live stream or by keeping an eye on the developments as they flood in. How can you do that? We’ve got you covered. Here’s how to watch Samsung’s August Galaxy Unpacked event live.

The biggest announcement is expected to be the Samsung Galaxy Note 10. There’s likely going to be a lot to unpack in that announcement, but one of the biggest new features of the Note 10 is that it’s expected to come in two models: the standard Note 10, and the super-sized Note 10 Plus (or Pro). Both will get the usual specification bump, but the new design will definitely be an eye-catcher. Gone are the bezels, replaced with a Galaxy S10-like hole in the display for the selfie camera — a punch-hole display. But unlike the S10, Note 10’s is expected to be centrally-located at the top of the screen.

But the Note 10 range isn’t alone. We’re also expecting an update to the Galaxy Watch Active, which was launched less than six months ago. The updated version, expected to be called the Galaxy Watch Active 2, retains much of its predecessor’s looks and style but adds an LTE connection and a larger battery. We also expect to see more of the newly-revealed Galaxy Tab S6, even if it’s just showing off physical units. Most importantly though, will the Galaxy Fold be in attendance? Samsung’s ill-fated folding phone is due to officially release in September, and Samsung could use Galaxy Unpacked to highlight the changes it's made and rebuild lost hype for the device. If we’re lucky, we may also get an update on whether the Galaxy Home will ever see the light of day.

When is it?
It starts on Wednesday, August 7th at 4  p.m. ET  — that’s 1 p.m. PT, or 9 , and will be held at the Barclays Center in Brooklyn, New York City. If that sounds familiar, that’s because it’s the same place the Galaxy Note 9 was announced.

How Can I Follow it LIVE?
If you’re in the mood to watch all the action unfold live, then you can do so by tuning in to one of the many streams. Watch the live streaming @ www.samsung.com/africa_en/unpacked/ on 7 August 2019 at 10pm CAT.
Make sure you sign up now to receive a reminder.

We’ll confirm more links as we get closer to the date, but it’s likely you’ll also find streams on Samsung’s Facebook page, and on Samsung’s official YouTube channel. The YouTube channel will also be the place to catch the footage on demand if you want to relive a particular moment, or are saving watching it until later.
Posted by Shelaf
Labels: Android, Samsung
at 2:03 PM