A+ A-
Print Email
Facebook has finally revealed its long-awaited digital currency named "Libra", it is a new type of digital money designed for the billions of people using its apps and social network. If the plan is successful, users will soon be able to shop with and send the currency—known as Libra—on Messenger and Instagram, as well as use it with a wide variety of other merchants like Uber, Spotify, and MasterCard. 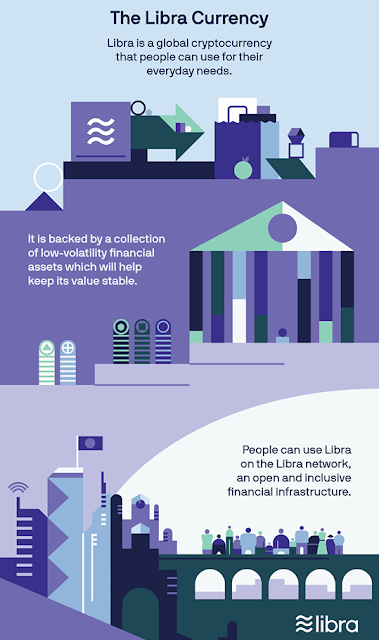 Facebook says, moving money around the world should be as easy and cheap as sending a text message. No matter where you live, what you do, or how much you earn. Libra is for everyone.

Libra is being touted as a means to connect people who do not have access to traditional banking platforms. With close to 2.4 billion people using Facebook each month, Libra could be a financial game changer but will face close scrutiny as Facebook continues to reel from a series of privacy scandals.

You’ll be able to buy or cash out your Libra online or at local exchange points like grocery stores, and spend it using interoperable third-party wallet apps or Facebook’s own Calibra wallet that will be built into WhatsApp , Messenger, and its own app.

Facebook did not provide specifics about exactly when and how consumers will get ahold of the currency, but executives suggest it will first be distributed on Messenger and WhatsApp in mid-2020.

In addition, the company also announced a new digital wallet called Calibra, which will be operated by Facebook as a separate subsidiary and provide users with a way to store and spend Libra. The digital wallet, which won’t be available to the public for months, will display the value of users’ Libra in their local currency and provide a design similar to popular digital wallet Venmo for transferring money.

Facebook provided an image of Calibra’s design—including a three-wave symbol that serves as the Libra’s equivalent of a dollar sign.


According to David Marcus, a former PayPal executive who is leading Project Libra for Facebook, one of the initiative’s main goals is to reach the 1.7 billion people worldwide who lack access to the banking system.

“It’s an anomaly that the Internet has no protocol for money,” Marcus tells Fortune, adding that Project Libra will also provide more competition in financial services, along with increasing access to capital.

Libra’s mission is to enable a simple global currency and financial infrastructure that empowers billions of people. Facebook wants to make Libra the evolution of PayPal. It’s hoping Libra will become simpler to set up, more ubiquitous as a payment method, more efficient with fewer fees, more accessible to the unbanked, more flexible thanks to developers, and more long-lasting through decentralization.
Posted by Shelaf
Labels: Online banking
at 8:57 PM