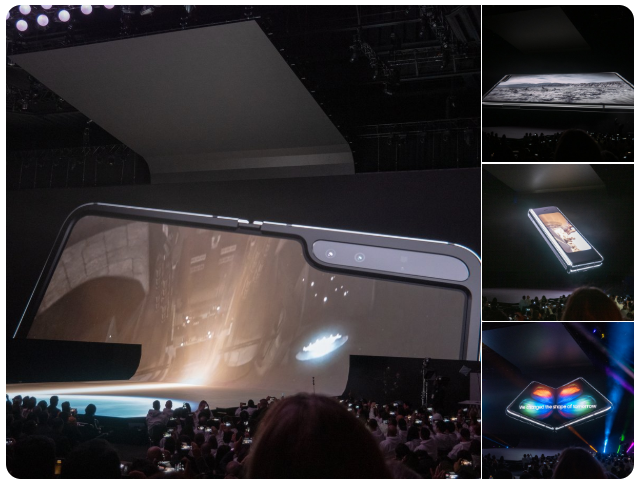 It’s the first foldable phone with a flexible screen from the world’s largest smartphone maker. The device  in like a book and has two screens. When in its closed smartphone mode, it has a 4.6-inch external screen, but when you fold it out, it turns into a 7.3-inch tablet, thanks to Samsung’s own Infinity-Flex display. 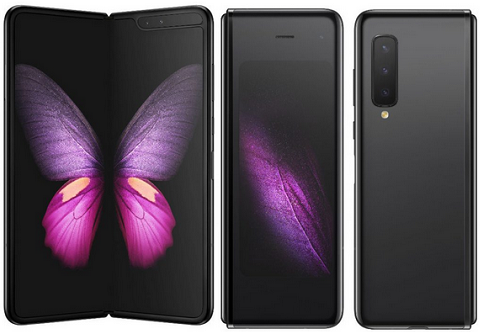 Samsung says that it has Samsung’s largest-ever smartphone display and added that it has been in development over eight years following the debut of Samsung’s first flexible display prototype in 2011.

Samsung Galaxy Fold powered by Snapdragon 855 with 12GB of RAM, triple rear cameras and dual front cameras, similar to the S10+, it also has a 10-megapixel camera for the front cover display.

It has a Multi-Active Window lets you open up to three active apps simultaneously on the main display so you can surf, text, work, watch and share easily.

Ten years after the first Galaxy, we didn’t just change the shape of the phone, we changed the shape of tomorrow. #GalaxyFold
Learn more: https://t.co/gYYGF4ZvdJ pic.twitter.com/C8s0Jxdhkz
— Samsung Mobile (@SamsungMobile) February 20, 2019

It has two batteries for a total of 4,380mAh battery and comes with support for wired and wireless fast charging.

Highlights Specifications of Samsung Galaxy Fold
Galaxy Fold will be available on the 26th of April for $1,980 or N712800
Posted by Shelaf
Labels: Android, Samsung
at 12:15 PM