A+ A-
Print Email
Android Pie has been released for several devices from many manufacturers, either in stable or beta status and I'm sure most of Samsung’s Smartphone owners will be looking forward to getting the official taste of the Android Pie, despite the fact that Samsung has a poor track record in terms of speedy software updates. 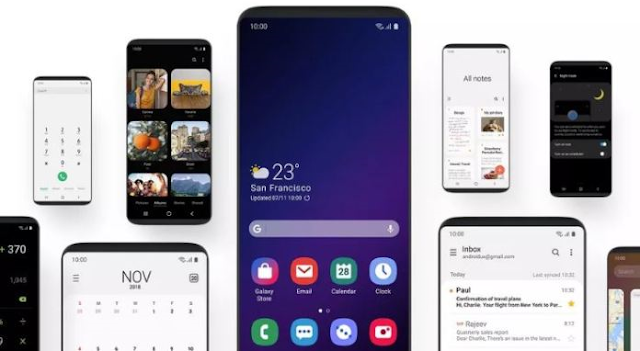 In January 2019, the first set of Samsung smartphones will get Android Pie. But when they do, beyond the improvements that come with Android 9, Samsung eligible phones will also get the new custom skin that replaces Experience UI. One UI, as the new skin is called, brings a whole new visual and interactive experience to Samsung phones.

There are 24 devices on Samsung’s Pie update list. Here they are:
As seen from the above Samsung Android Pie update list, Galaxy S9 and S9 Plus owners will get the update first in January 2019. Galaxy Note 9 users are up next on February 2019. And the rollout to different devices continues all the way to October 2019. 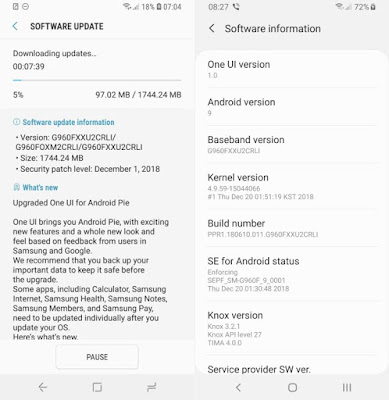 Note: Samsung Galaxy S9 and S9+ users in Europe has now received the official Android Pie update. So, if you are in Europe, you don't need to wait till January 2019, you can search for the update now on your device. It Weighing at around 1.7GB.
Posted by Shelaf
Labels: Android, Samsung
at 7:07 PM