Facebook is Building its Own Digital Currency - Stablecoin for WhatsApp

A+ A-
Print Email
The social media giant, Facebook is working on a new cryptocurrency for use with its WhatsApp messaging service, designed to allow users to transfer money across the app, according to sources familiar with the matter. 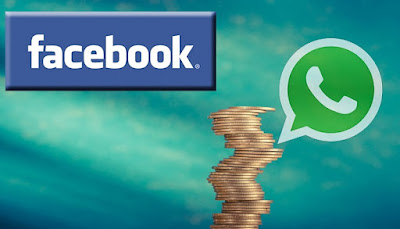 The company is developing a Stablecoin, which is a form of digital currency that’s pegged to the U.S. dollar, almost like a fixed exchange rate system. The Stablecoin would allow for significantly less volatility compared to the likes of mainstream cryptocurrency like Bitcoin as it would be pegged to actual, real-world currency.

The company is reportedly still in its early stages of developing the new Stablecoin. In fact, it’s still working on the strategy for the project, with a Facebook spokesperson confirming that the company’s blockchain team is still exploring the different applications of cryptocurrency.

WhatsApp is highly popular in India, with more than 200 million users. Add to that the fact that India leads the world in remittances, with more than $69 billion sent home to India in 2017, and it becomes obvious why Facebook chose it as the first location to test the new Stablecoin integration.

Like many other companies, Facebook is exploring ways to leverage the power of blockchain technology,” a company spokesman said in a statement. “This new small team is exploring many different applications. We don’t have anything further to share.”


Speculators also suggested that Facebook Maybe Cooking up The Following;


With this new coin coming, Facebook could just fork bitcoin into a corporate version.