A+ A-
Print Email
Samsung Galaxy S10 could be the world’s first smartphone with 12GB RAM and 1 Terabyte internal memory. 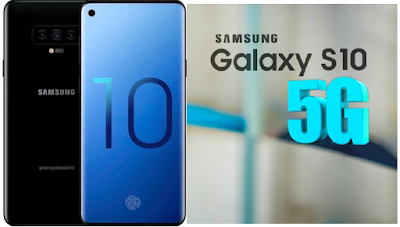 A lot of leaks about the upcoming Galaxy S10 built and features are already making rounds on the internet, with the latest one talking about the RAM and local storage of the flagship device. Citing GF Securities (Hong Kong), ITHome says that Samsung could launch a variant of the Galaxy S10 with a 12GB RAM and 1TB onboard storage. This could be the 5G version of the Galaxy S10 that was recently reported as the 10th-anniversary model by the South Korean company.

The 5G version is said to be internally called "Beyond X" and is planned to debut with a massive, 6.7-inch display. It is also speculated to come with as many as six cameras (3 rear, 2 front) in total.

Samsung could formally launch the Galaxy S10 top-end model alongside the other three models at an event in February next year. However, the 5G variant is likely to come sometime after the public debut of 5G networks. To recall, Samsung is said to launch several variants of the Galaxy S10 next year, from a more affordable option to the absolute top-end 5G variant. Each variant is said to feature a different number of cameras on offer.
Posted by Shelaf
Labels: Android, Samsung
at 1:25 PM