A+ A-
Print Email
Oukitel U23 has been officially announced as the company’s next flagship with unbelievable features, such as FHD Huaxing IPS LCD notch display which is meant to give more details in pictures for a more realistic effect. The device is also equipped with 6GB RAM, an Helio P23 Chipset and a 3500mAh battery capacity with support for wireless charging technology, letting you charge it up with a wireless charging pad. It will be competing with the U2 and U2 Pro by Elephone. 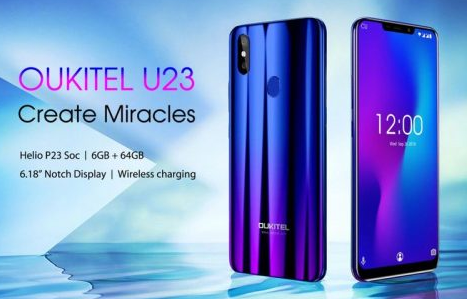 Design
The device was designed with aluminum alloy, with the Twilight Purple variant achieving a gradient effect. Of course, the iPhone X-like dual rear camera is present at the top left corner, while the rear fingerprint scanner takes center stage. It’s quite thick though, measuring 10mm in thickness, weighs 213.7g overall and was announced in Deep Sea Blue, Twilight Purple, and Black color. 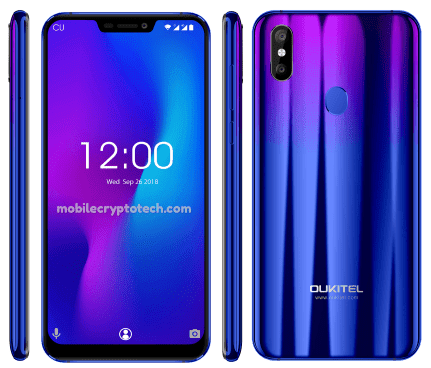 The U23 is built around a 6.18-inch FHD+ Huaxing IPS LCD notch display. The screen boasts of 1080 x 2246 pixels in resolution along with a 402 pixel per inch density for clear visuals. Overall, the beautiful screen stretches up to 81% screen-to-body ratio as well.

Software and Hardware
It will runs on Android 8.1 Oreo out of the box. Running the race here is the Helio P23 chipset from MediaTek, it comes with 8-cores of processor clocking at 2.3GHz for a smooth ride.

The ARM Mali-G71 graphics card controls graphics. For storing files, the device packs 64GB internal storage space variants which is expandable up to 256GB using a memory card. It boasts of 6GB RAM space as well for multitasking through apps.

Camera
The Oukitel U23 is equipped with dual 16MP + 2MP rear camera for photography. The camera is accompanied by a LED flash and other internal features listed in the table below. For taking selfies, there’s an 8MP selfie shooter for all your selfies. 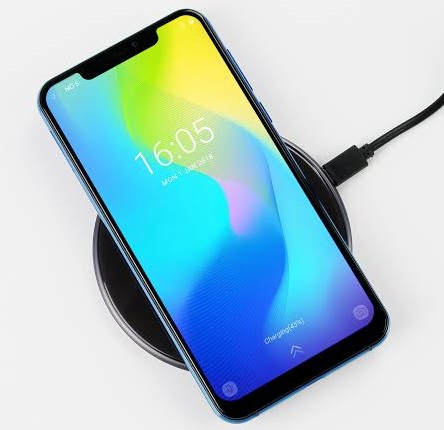 Oukitel U23 is powered by a battery juice of 3500mAh capacity with support for 5V/2A fast charge, Qi wireless charging. Charging the battery from 0% to 100% shouldn’t take up to 2 hours.

Recommended: Oukitel Smartphones You Can Get in Nigeria Right Now

Highlights Specification of Oukitel U23

Posted by Shelaf
Labels: Android
at 10:36 AM