A+ A-
Print Email
The moment we have all been waiting for is here! The Jumia Black Friday 2018 edition is LIVE! It is that time of the year when Jumia, Nigeria’s number one online retailer, deliver lots of mega deals for laptops, smartphones, tablets, gaming consoles, home appliances, fashion and beauty products on Black Friday sale. 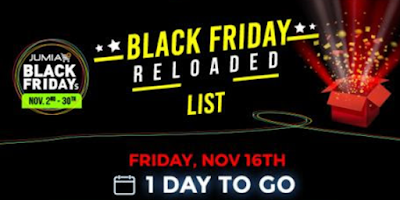 I feel reluctant in posting anything concerning Black Friday Deals due to the unrealistic in most of their deals, but at this time, it seems Jumia want to show you what a real Black Friday looks like. So, get your fingers and debit card ready for Jumia Black Friday 2018, which is billed to be the biggest shopping event of the year. View all Deals Here 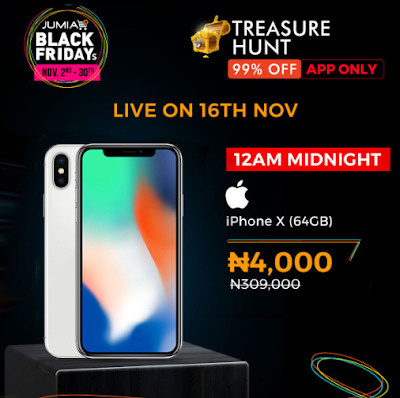 The Jumia Black Friday 2018 Sale has started since 12 AM, Nov 2, and runs till Nov 30th, 2018. Every day, throughout the month of November there will be huge deals. However, there will be special deals every Friday in November which will culminate to Black Friday. On the remaining Fridays – Nov 16th, 23rd, and 30th – there will be extra deals, more flash sales, more treasure hunts, and a lot more vouchers to get you those discounts on those products you would like to get.

Last week’s Black Friday Mega Sale on November 9th, 2018 was a blast with Jumia offered massive flash sale and discounts up to 80% off. This week’s mega sale coming up tomorrow, starting from 12AM(today's midnight), November 16th is also bound to be a success. Checkout Latest Deals Here

Jumia Black Friday 2018 Smartphone Deals
We’ve taken our time to go through the smartphones Available and also check the prices in order to find those sweet deals you just can’t resist. If you’re currently in the market for a new smartphone then you should definitely check out this list which contains smartphones that give you a huge value for your cash. You’ll also need to hurry up and get the one you like because there is a limited quantity available and once the Black Friday is over, you might probably not get it as good or as cheap as this.

Samsung Galaxy S9 Plus (S9+) 6GB, 64GB ROM N219,990 instead of N277,900
The Samsung Galaxy S9 Plus (S9 +) smartphone takes the Android experience several notches higher. Featuring a super clear 6.2-inch Quad HD display that is perfect for video watching or game playing, the 6GB RAM ensures you can open multiple apps simultaneously with hassles and its internal memory can be increased with a microSD card. 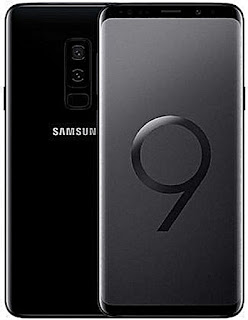 Running on the latest Android 8.0 Oreo operating system you have access to the latest apps and games, the 8MP front camera and 12MP rear shooter easily create a beautiful picture gallery and the 3,500 mAh battery ensures you're not plagued with constant power depletion.

Samsung Galaxy J4 2GB/32GB N46,990 instead of N62500
The Samsung Galaxy J4 has some pretty premium qualities even as a budget device. The 5.5-inch display is Super AMOLED although the body is made of plastic. Inside the device is Samsung’s own Exynos 7570 quad paired with a 2GB of RAM and 16GB of internal storage which can be expanded further to up to 256GB thanks to the dedicated MicroSD card slot.

A 13MP camera with f/1.9 aperture takes care of your photography need while for selfies, there is a 5MP camera with f/2.2 aperture. Both cameras have an LED flash to brighten to low light photos. The device runs on Android 8.0 Oreo and is powered by a 3,000mAh battery. 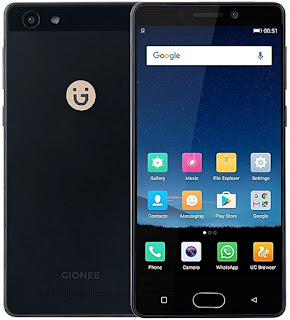 Gionee P7 is powered by a 1.3GHz quad-core processor with 2GB RAM. 16GB is provided for storage with a slot that supports up to 128GB microSD memory card. Supports 4G LTE, Wi-Fi, Bluetooth 4.0, and micro USB 2.0. The Android phone has a 4000 mAh battery.

Gionee S10 LITE 4GB/32GB N39,990 instead of N59,500
Gionee S10 Lite is a solid mid-range smartphone which has a 5.2-inch IPS LCD display with a Corning Gorilla Glass on top for screen protection. Snapdragon 427 takes charge inside the device with an octa-core processor clocking speeds of up 1.4GHz. 4GB RAM capable of handling all your multitasking is paired with a 32GB of internal storage which you can expand if you need more storage via the MicroSD card slot (Hybrid).

At the front is a single 16MP camera with an LED Flash and at the back is a 13MP camera, also with an LED flash. As for operating system, the device runs Android 7.1 nougat with Gionee’s Amigo 4.0 UI on top. Powering the device is a 3100mAh battery capacity. Overall, the device weighs 155grams and comes in colors Black and Gold. There is also 4G LTE connectivity.

Gionee S11 LITE 4GB/32GB N46,990 instead of N69,000
As you would have already guessed, the Gionee S11 LITE is an upgrade of the above Gionee S10 LITE. The S11 LITE is also a very good mid-range with somewhat similar specs to the S10 LITE. S11 LITE has a slightly taller 5.7-inch IPS LCD display with a new SoC – Snapdragon 430 with octa-core processor and the same clock speed of 1.4GHz.

Here, we have dual rear cameras of 13MP and 2MP with one 16MP selfie camera. Battery capacity has also been reduced to 3,030mAh which also reduced the weight to 141grams. RAM and Storage also remain the same at 4GB and 32GB respectively. The S11 LITE still runs on Android 7.1 Nougat but with an upgraded Amigo 5.0 UI on top. Overall, the S11 is the go-to choice if you want a Smartphone with a new and current chipset and better camera.

Mi Redmi 5 Plus (3GB + 32GB ROM) N52,599 instead of  N73,311
The Redmi 5 Plus Smartphone delivers everything you've come to expect in a phone, at a price that's more than pocket-friendly. Featuring a 5.99-inch infinity display that's perfect for reading ebooks, watching videos and viewing media. 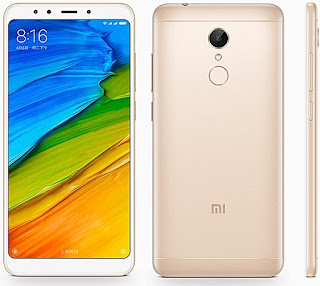 The Redmi 5 Plus also boasts a 4,000mAh battery that's long-lasting and will carry you through a full day's operation. The combination of an octa-core processor and Android 7.1 operating system and a 3GB RAM make multitasking on this Infinix device sweet. Buy the Mi Redmi 5 Plus online from Jumia at the best price in Nigeria and enjoy secure and convenient online shopping and nationwide delivery.

Infinix Hot 6 N40,590 instead of N43,000
If you need a premium phone at a budget price then the Hot 6 is the device for you and with this black Friday sale, it gets even better. The Infinix packs the trendy 18:9 aspect ratio on its massive 6-inch display, a Snapdragon 425 Quad-Core processor with clock speeds of up to 1.4GHz, 2GB Of RAM, 16GB of internal storage and a MicroSD card slot of up to 128GB. There is also a dual 13MP + 2MP rear camera with Dual-LED flash and a Single 5MP front-facing camera. Battery capacity stands at 4,000mAh with fast charging. 4G LTE, as well as a fingerprint sensor, is also present and all this for N39,500? It can’t get any better than this.

Tecno F1 N18,850 instead of N24,280
Tecno F1 is a budget-friendly device which Tecno introduced not long along with the Android 8.1 Oreo (Go Edition) – a stripped down version of Android made specifically for low budget devices. Given that it runs on the Go Edition of Android, the 512GB of RAM should.

Apps have also been stripped down to carry less size which should be able to fit in the 8GB of internal storage and if you happen to need more storage, there is a MicroSD card slot on standby. The 5-inch device has a dual 5MP + 2MP rear camera with Dual-LED flash along with a single 2MP selfie camera with LED flash. Powering the Tecno F1 is a 2,000mAh battery.