The Windows10 October 2018 Update is Now Available, Comes with Loads of Amazing Features

A+ A-
Print Email
Microsoft has announced that the Windows 10 October 2018 update is now available. The company made the announcement yesterday 2nd of October, at a small press event in New York, though it’s obviously no surprise that Microsoft decided to roll out the October update in the month that gave it its name. 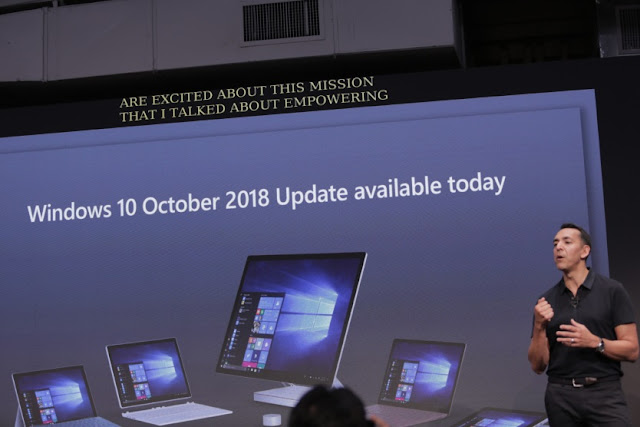 The latest version of Microsoft’s global operating system comes with loads of new features, including your phone app, a new snipping experience, a dark theme for File Explorer, a cloud-powered clipboard, and new web sign-in and fast sign-in. 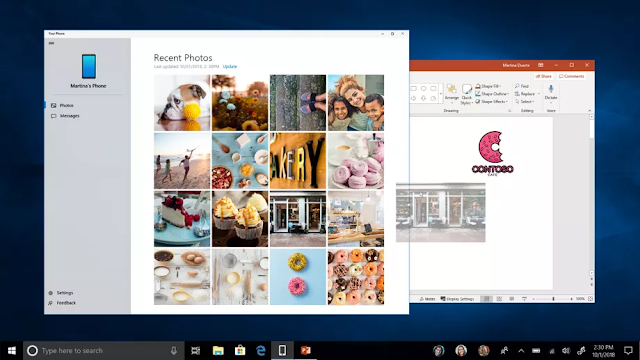 The most interesting of these is probably the new “Your Phone” app, which allows you to text from your PC using an Android phone that also runs Microsoft’s mobile companion app. In later iterations, that app will also sync notifications to your desktop, but for now, that’s not an option. There also are tools for continuing your workflow as you switch from your phone to PC (or vice versa). These features work for iOS users, too.

Stop hunting through your bag for your phone. Get your texts and photos on your PC with Your Phone app. It’s new as part of the #Windows10 October Update. Get details here: https://t.co/mS3FfxQGFn pic.twitter.com/QXSmUvuvmS
— Windows (@Windows) October 3, 2018

As far as syncing between devices goes, it’s worth noting that the update also will allow you to share your clipboard between PCs.

Since everybody likes a dark mode these days, the Windows 10 File Explorer now also includes a dark theme. There’s also a revamped search experience, as well as a new screenshot tool.

While the release includes plenty of other tweaks, both in terms of functionality and design, the most anticipated feature, Sets, didn’t make it into this release. Sets are probably the biggest change to the overall Windows user experience since the release of Windows 10, so maybe it’s no surprise that Microsoft is trying to perfect this. And perfection takes a while.

The Windows 10 October 2018 Update will be rolling out through Windows Update next Tuesday. Until then it’s available through direct download. You might be lucky and be offered the update if you manually trigger Windows Update this week.
Posted by Shelaf
Labels: pc
at 9:44 PM