How To Join YouTube Official Beta Program As a Tester

A+ A-
Print Email
A new YouTube beta program has been opened up for the Android app to test out changes before they hit the public.

Google has just opened up a new YouTube beta program for its Android application. This program promises to give users the ability to “test features that haven’t been released to the public. 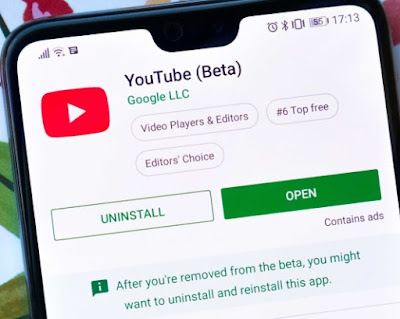 You can join to help improve the program. YouTube beta program is open to everyone, app developers but you are not allowed to share the feature you are testing until when it's publicly launched.

To be part of the beta testing program
It’s pretty easy to do so. The quickest method is to head over to the YouTube Play Store listing from your Android device and scroll down the listing. Towards the bottom, you should find an option to sign up for the beta which is a simple one-tap option. Alternatively, you can visit Google’s dedicated sign-up page to complete the process for your account.
Posted by Shelaf
Labels: Android
at 1:52 PM