Stream NFL 2018: How to Avoid Blackouts, Bypass Geo-blocks and Watch All 256 Games

A+ A-
Print Email
This is a guest post compiled by Jeff Anderson for Shelaf.com

The National Football League (NFL) is one of the most exciting sports events on the American calendar. The 2018 NFL season is the 99th season of the National Football League. The season began on September 6, 2018 with the NFL Kickoff Game with the defending Super Bowl LII champion Philadelphia Eagles defeated the Atlanta Falcons 18–12. The season will conclude with Super Bowl LIII, the league's championship game, on February 3, 2019 at Mercedes-Benz Stadium in Atlanta, Georgia. 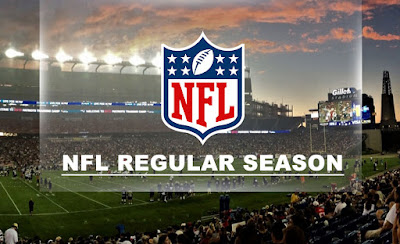 Apart from conventional broadcasting channels like cable TV, fans can now stream it with NFL Game Passes online. If you’re in the U.S., you’ll likely be heading over to the domestic page for a US$99 subscription. Not so fast. Read on to understand the restrictions of the U.S pass to see if it’s really for you, and if not, learn how to bypass blackouts and access all 256 games of the season live or on demand.

A Pass with a Catch - U.S. Game Pass Restrictions
As counterintuitive as it sounds, the U.S. NFL Game Pass is a lot more restrictive than the International one. Here’s what you’ll be missing with the domestic counterpart:
In view of the content restrictions, you’ll want to get a VPN, connect to an external locale, and get the international ‘Season Plus’ Game Pass instead.

The International Season Plus Game Pass
Yes, confusingly enough, there are different rates for the same pass depending on where you purchase it from, and here are our top country picks:

Which server location should I go for?
Among these 2 top pricing options are 8 different country options, here’s how to choose the one that is right for you. Bear with me, we’re almost there.

You must be mindful of which virtual location you choose before subscribing to an International Season Plus Game Pass, because once you sign up from that locale, NFL recognizes you as a static user from the area, and you’ll be stuck with it until the pass expires. Here are the things to consider before jumping in:


1.    Connection reliability
o    Connect to that VPN location, stream something in HD to test it out
2.    Presence of server bans
o    Ask customer service if a server works for your content platform of choice or try it out with a trial pass yourself. Certain VPN servers can be blocked occasionally.
3.    Server load
o    A high server load can affect your streaming speed. If you're experiencing a lot of logs, try to connect to a different server of the same location. If that’s unavailable, consider choosing another virtual location to connect to.

How do I choose my VPN?
When choosing a VPN to support NFL Game Pass streaming, always choose one that offers unlimited bandwidth and blazing speeds. Nothing spoils the mood more than a laggy, low resolution stream. At this point, you might be tempted to look for free services online. Before you do a google search for ‘the fastest free VPN’, know this - when the service is free, you are the commodity, which means you’ll likely be bombarded with ads, infested with malware or have your internet data and footprint tracked and sold. Don’t risk all of that just for a bit of entertainment.

With it comes to investing in a VPN, security, and privacy are definitely an important weighing factor. Advanced VPNs on the market now provide 256-bit AES (Advanced Encryption Standard), while routing you halfway across the globe to your virtual destination in top speed. This way, data transmission within the encryption tunnel is leak-proof, meaning that third parties like the DNS server, ISPs, hackers or government intelligence will not be able to identify you, intercept or tamper with your internet traffic. If you ever worry about the legality of geo-unblocking and bypassing firewalls, especially in countries with heavy censorship, this should lay your mind to rest.

Next up, how do you tell if your VPN company is trustworthy? The good news is, you don’t have to - if the company is responsible, they would adopt a zero-knowledge proof system at their servers, which guarantees that they themselves do not have to learn about what goes on in them to ensure things work the way they should. In short, look for VPN providers with a legitimate ‘no log policy’.

Regardless of which server location you choose to get your NFL International ‘Season Plus’ Game Pass from, you will need a VPN. So, it’s best to take a few moments to research on service providers that best suit your needs!

Felicia Williams is a content strategist at TechWarn.com, a tech blog featuring the latest news from around the world. She takes great pride in being a female advocate in a male dominated field. She regularly contributes thought-leadership articles empowering users to take control of their digital lives on various media and blogs. It’s NFL season, a football fan herself, Felicia’s demonstrates how you can use of a VPN to stream the International Game Pass at the best rates.
Posted by Shelaf
Labels: Guest Post
at 12:59 PM