A+ A-
Print Email
Without a doubt, Infinix Note 5 (X604) is the best Infinix smartphone that we have had yet. The device, which prominently features Android 8.1 Oreo With Android One to provide clean and stock Android from Google directly. Also, complimented with impressive specs was rumored to be launching alongside a more powerful sibling that not only featured better specifications but also included a Stylus. 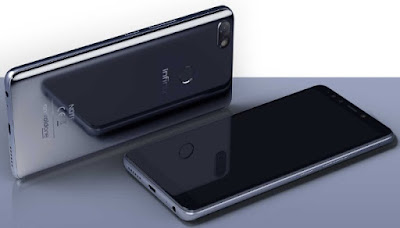 Infinix Note 5 Stylus will be the upgraded version of the Note 5 with aluminum body as opposed to the note 5 plastic body.

The Infinix Note 5 Stylus maintains the same 6-inch FullHD+ Display in an 18:9 aspect ratio. Other similarities include Android One with Oreo 8.1 on board, Helio P23 Processor and a 16MP selfie shooter. Changes include a 16MP lens over a 12MP lens on the standard Note 5, 4GB RAM, 64GB internal storage and a smaller 4000mAh battery that you have a stylus to thank for.

You can see that Infinix has tried to differentiate this phone from the standard model, even going as far as using aluminum for the body as opposed to the shiny plastic body we find on the Note 5. The superiority of the Infinix Note 5 Stylus is also evident on the price tag.

As we mentioned the device is expected to be launched at the end of this month. We will be sharing more teasers ahead of this launch.
Posted by Shelaf
Labels: Infinix
at 1:50 PM