A+ A-
Print Email
Tech  Giant, Google has launched a network of free Wi-Fi hotspots in Nigeria on Thursday, part of its effort to increase its presence in Africa’s most populous nation. 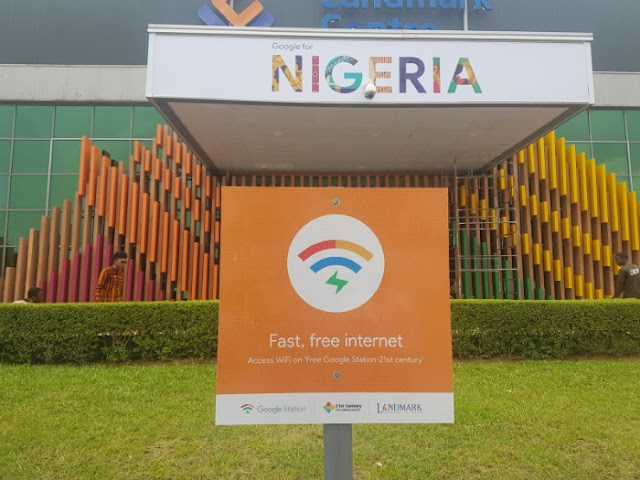 According to her, Google in partnership with one of Nigeria’s largest fibre network providers, 21st Century, will be launching the programme in 200 locations in five cities across Nigeria.

“Google Station will be rolling out in 200 locations in five cities across Nigeria by the end of 2019, bringing Wi-Fi to millions of people.

10 million Nigerians, including Internet Service Providers (ISPs) are expected to benefit immensely from this project. Google Station is a service that allows Google partners to roll out Wi-Fi hotspots in public places by providing software and advice on hardware to turn fibre connections into Wi-Fi.

The service is already live in four locations in Lagos, like the MMA 2, Ikeja City Mall, The Palms Lekki, Computer Village and the University of Lagos (UNILAG). The service will be expanded to 200 locations across five additional Nigerian cities—Port Harcourt (Rivers state), Abuja (FCT), Kaduna, Enugu, Ibadan (Oyo state) by the end of 2019.

According to Google Vice President  Anjali Joshi said Google was doing this because the Internet has the potential to completely transform Africa… “We are rolling out the service in Lagos today but the plan is to quickly expand to other locations,”.

Additionally, Google says it is launching a search experience in Nigeria that allows users to explore health conditions based on symptoms, as well as recipe search for anyone who needs a little food inspiration.

The company said the developments are aimed at helping more Nigerians and Africans, benefit from the opportunities the web has to offer.

It also made other announcements which included an update of several products from its “Go” initiative, which were launched last year.

The Go product suite aims to give people with low bandwidth connections and low-RAM devices the best possible Google experience.

The new features include Google Go which will allow web pages to be read out loud while highlighting each word so users can follow along.

Others include: YouTube Go where users will be able to browse downloaded YouTube Go videos, saved as .yt files, right from the gallery on their phones, Google Maps Go and Android Go
Posted by Shelaf
Labels: Browsing Tips
at 11:09 AM