Menu
Home » Social Media » WhatsApp Admins Can Now Restrict Group Members from Sending Messages: Here’s How to Use This Feature

WhatsApp Admins Can Now Restrict Group Members from Sending Messages: Here’s How to Use This Feature

A+ A-
Print Email
WhatsApp, has recently unwrapped its newest update that lets the group admin restrict select group members from sending messages. The messages can be in any form of media; text, audio, video, gifs, voice messages, or documents.

By updating the texting application with this new update, the group administrator has more power over their group. Through this update, the members of the group can also be protected from inappropriate content being sent by a group member. Every message sent by a restricted member of the group has to be approved by the group admin in order to get posted on the wall of the WhatsApp group.

The feature is being rolled out gradually to all Android and iOS users. Do note that it is a server-side change, which means even people using older versions of the app may be able to access the feature without any issue. 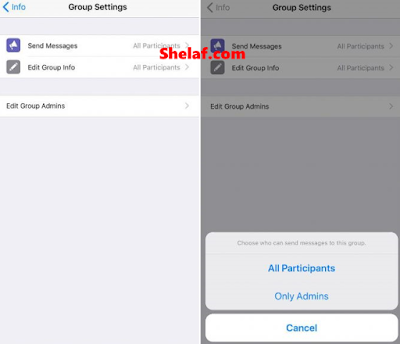 It can be accessed by going over to Group Info > Group Settings > Send Messages, where Admins will find two options – ‘Only Admins’ and ‘All Participants’. As is evident, selecting the first option will restrict all members from sending messages to the group, while selecting the second option, which will be enabled by default, will allow all members to send messages to the group. 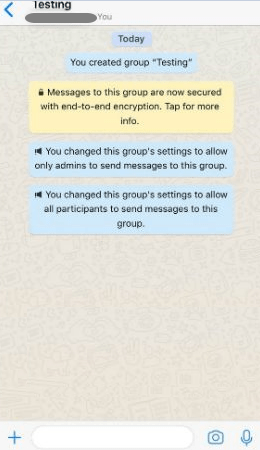 In case an admin does choose to mute other members, all participants in the group will be notified about the developments through messages. Admins, however, will be able to revert to the default setting at any point.

While the addition of the new option is definitely a welcome step, the all-or-nothing approach is something that many group admins won’t appreciate. It will be interesting to see if WhatsApp will enable Admins to mute particular participants by tweaking this current one-size-fits-all policy.

That level of granular control for admins will not only help reduce spam messages that perpetrate many WhatsApp groups but also tackle the issue of viral hoax messages that are resulting in the public lynchings of innocent victims.

This update is currently rolling out to WhatsApp beta version on 2.18.201 for Android and stable version 2.18.70 on iPhone.

If the feature is not enabled for you just yet, it’s best to wait a few days to test it out as it may be rolled out in the next beta update to all users.
Posted by Shelaf
Labels: Social Media
at 4:36 PM