A+ A-
Print Email
Good news for fans of big-screened mobes, as the Samsung Galaxy Note 9 is expected to pack a sizable 6.38in display, bigger than the Note 8's 6.32in offering. 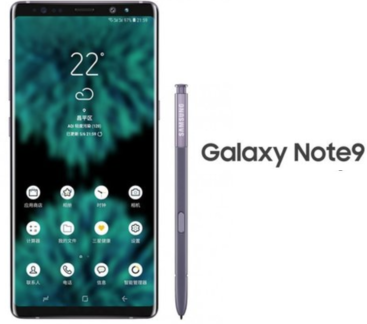 Samsung has confirmed that it will reveal the Galaxy Note 9 in less than two month's time, with a launch event set for 9 August 2018 in New York, USA. 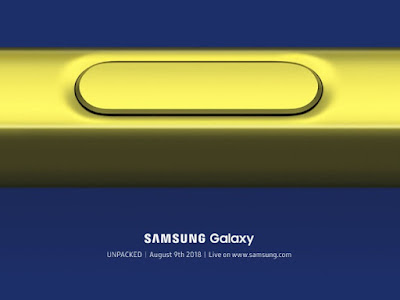 The device was supposed to debut in July, but it was postponed by the Chairman of Samsung, Lee Jae-Yong, as he decided to give the phone slim bezel-less appearance.

Galaxy Note 9 only difference in design from its predecessor, Galaxy S8, is the back. In fact, they look identical. The fingerprint scanner has been moved under the dual camera setup to avoid unnecessary touches of the lens. 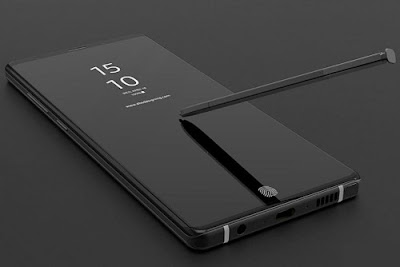 Galaxy Note 9 could be the first Samsung flagship to tout an in-screen fingerprint scanner, according to some reports, while others have claimed that the technology won't be ready for the handset's rumored July unveiling.

The battery of the device has been confirmed to be 4,000mAh non-removable that will provide one to two days battery life for normal or average users and 23 to 25 hours of video playback at maximum backlight.

The UI is said to have improved. And also, Samsung Galaxy Note 9 will be powered by Qualcomm’s fastest processor, Snapdragon 845 and an Octa-core CPU. Other countries apart from South Africa and the US are said to have Exynos SoC chipset. 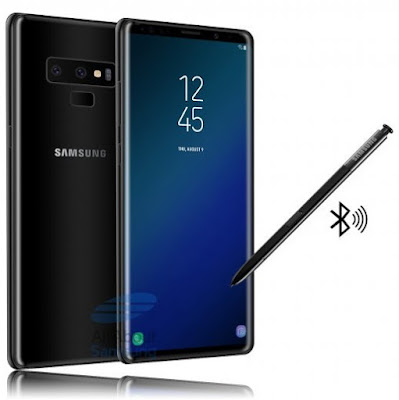 The device is coming with a newly rebranded S PEN stylus. Moreover, it's said to have Dual 12MP + 12MP back camera and 8MP front-facing camera. The camera has a new upgrade feature, the ISOCELL technology, that will improve optical image stabilization.

Price
There's no word yet as to how much Samsung's Galaxy Note 9 will cost when it goes on sale. On the other hand, The phone is rumored to cost around $929 (N334,235) in price.
Posted by Shelaf
Labels: Android, Samsung
at 2:26 PM