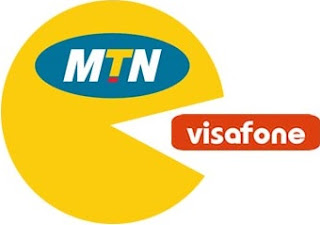 In 2016, the MTN Group had announced its acquisition of Visafone Communications Limited following the signing of a deal by both companies.

The main reason for the sudden acquisition halt was revealed by NCC, that the acquisition cannot be done without a public inquiry for stakeholders to determine the future of Visafone in the overall interest of the company.

The NCC statement was argued by the major telecom operators in Nigeria (MTN, 9mobile, Glo and Airtel) and other operators in the stakeholders meeting in NCC headquarter in Abuja.


Speaking at a stakeholders meeting at the NCC headquarters on Monday in Abuja, the Executive Vice Chairman of the NCC, Prof Umar Garba Danbatta, said the public inquiry is important in order for the stakeholders to make informed decision on the matter.

“In order to reap the benefits of effective utilization of spectrum as well as improve operational efficiency and regulatory excellence, the Commission in accordance with its mandate as enshrined in the Nigerian Communications Act NCA 2003 embarked on re-planning of some of its Frequency bands,” he said.

Meanwhile, the representatives of Airtel and 9mobile in the country opposed the plan to transfer the license of Visafone to MTN, insisting that such move could create a monopoly for MTN in the industry while a lot of telecommunications companies could be permanently disadvantaged.

What do you think about this, is it good for NCC to handover the full license and resources of Visafone to only MTN?
Posted by Shelaf
Labels: Others
at 2:50 PM