A+ A-
Print Email
MultiChoice, a leading video entertainment service provider and internet company in Africa, has set to offering live streaming channels in high definition and is even mulling the possibility of offering its DStv Now streaming product as a standalone offering in future. 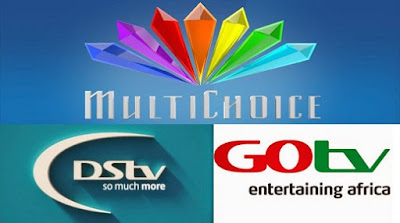 According to a report by TechCentral on Thursday, Chief Executive Officer of MultiChoice, Mark Rayner, said a version of DStv to be offered exclusively over broadband connections is in the offing.

This means that the new service will be delivered over broadband connections and not via direct-to-home satellite with a satellite subscription.

Recall that MultiChoice is already operating a TV streaming service via a browser on your desktop or laptop or with a mobile app on your smartphone or tablet, it is known as "DStv Now", which offers over 60 channels online. The service, which used to be only available to DStv Premium subscribers with an active personal video recorder (PVR) decoder, was expanded to last month to all Premium customers irrespective of a PVR subscription.

Rayner said the launch of a standalone streaming version of its pay-TV service is something the company has spent considerable time deliberating. However, no concrete plans have been put in place for the launch.

“At the moment, DStv Now is a ‘TV everywhere’ product, so you pay your subscription fee every month, and one of the benefits of paying that subscription fee is you get access to your content on multiple devices,” he said. A standalone service will, however, be offered in future. It’s not imminent, though, he added.

“We do a lot of research around how we package content: what are the right price points and do we need to have a satellite dish attached to your roof [for you]to subscribe to DStv? These are all strategic plans we are busy working through,” he said.

“Right now, we have no plans to change those bouquets, but certainly into the future, if you’re looking three to five years down the line, given the way the world is moving, we absolutely have to consider new ways of packaging content and new products within DStv Now.”


“I’m not going to say too much on when we’re going to launch eNCA, but it’s imminent.”