7 Amazing Features of “Android P” That You Need to Know

A+ A-
Print Email
The annual cycle of Android rolls on, with the latest version of the Google mobile software not yet getting fully named: it's simply called Android P or Android 9.0. Its official name will be announced when the full version is released. 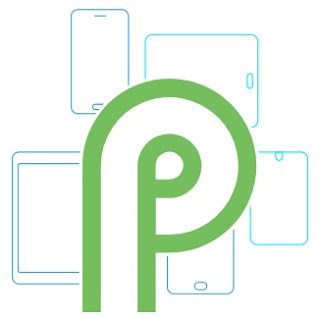 Android P is shaping up to be one of the most consequential Android updates in years. At its recent I/O developer conference, Google revealed a bunch of new features available in the OS. You can already try most of them out by signing up for the public beta.

If you are interested in the Android’s newest version, here are 7 amazing features and changes that are coming with the Android P:

1. Support notch-gesture type: Android P will support UI for notch displays so that content, notifications and status icons can be displayed well on the Notch display smartphone. It is called ‘display cutout’. 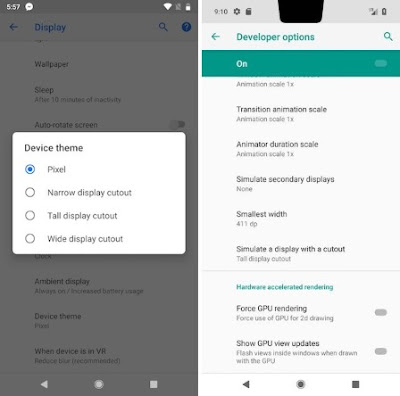 The “gesture method” similar to that of iPhone X showed was also introduced. You can return to the home screen by pressing the tab shape button at the bottom of the screen. Swipe up from the bottom of the screen to see the app you used. Swipe one more here to get an app drawer. The tab button also acts as a slider. If you look at the beta version, it may take some time to get used to.

2. The Digital detox help: Smartphone addiction is a peculiarity these days. Everyone has a lot of smartphones, so I’m going to call it an addiction. Google has proposed the concept of “digital wellness” in this I / O 2018, simply to help keep it apart from the digital world. 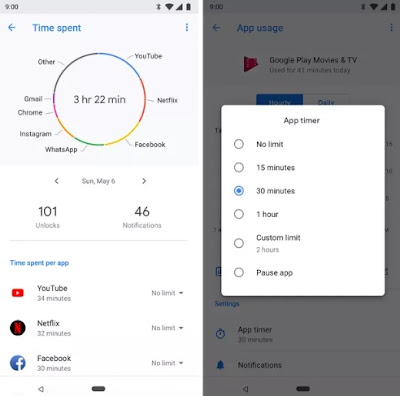 Android P can check the app usage time. You can also set time limits. You can also set your phone to be automatically rejected if you turn it over on your desk. < The verge > “The parents had the ability to restrict the use of children smartphone, there was no service in adults can set their own restrictions,” he said.

Features that are released are as follows:
This feature is not yet available in Android P beta. Even if you try to read a book, you will still need to open your smartphone because you won’t see the smartphone light flashing or the vibration ended. I would like to use digital detox, but I think this feature would be quite helpful for people who have a bit of willpower like me.

3. Block access when idle: When you install an app on your smartphone, the app asks you to allow access to photos, cameras, notifications, and microphones. Then the user clicks Allow. By doing this, the user has granted full control of the smartphone to the app.

Interestingly, Android P blocks access to your microphone, camera, and network when your phone is idle, even if it’s a location-granting app. 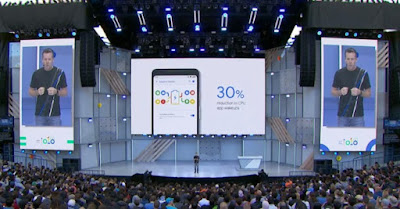 Android P comes with three new battery-saving features on board. App Standby Buckets categorizes apps based on how frequently you use them and allocates battery power accordingly. It essentially limits apps’ access to device resources like the CPU or battery based on usage patterns. In other words, apps you use the most won’t be restricted by the system and apps you never use will have strict restrictions imposed on them.

5. The left and right sides of icons positions have been changed: 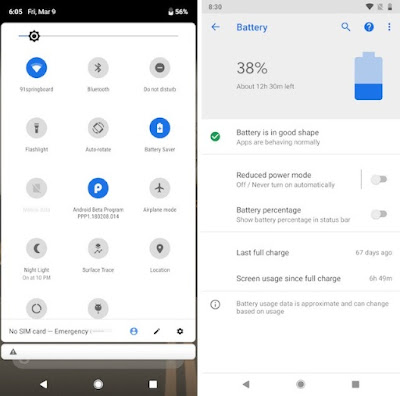 Battery restricts background apps on android P. There are minor but very big changes. The time display position has moved from upper right to upper left. The network signal, Bluetooth display moved to the right. While supporting the notch display, it is a good idea to change the position. 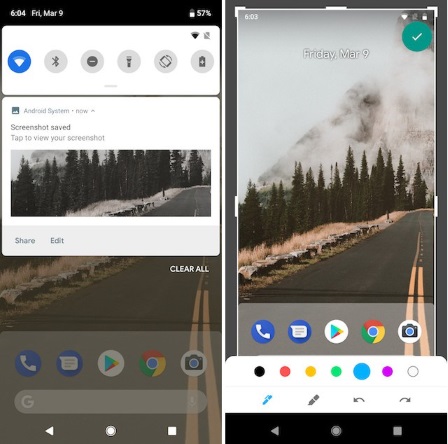 Android P is finally bringing a native screenshot editing tool which OEMs like Samsung have been providing us for years. The new tool which is called Markup allows users to edit screenshots using various markup tools inducing paint, free-hand writing, text, and more. 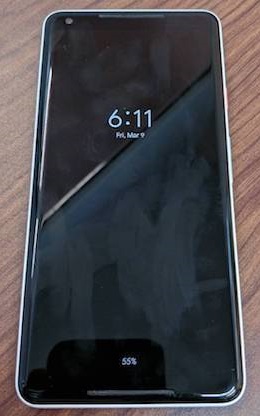 Nexus · Pixel phone can also be used in beta
Android P will be officially released this fall, but you can try out the beta version before then. Until now, the beta version was limited to Google Nexus or Pixel phones, but some smartphones could download the beta version. Google said in a developer blog that “early adopters and developers all over the world are encouraged to use Android P Beta on one of these devices.”
If you go to the Google Android beta page, you can see the related information.
Do let us know which is your favorite Android P feature by writing in the comments section below.
Posted by Shelaf
Labels: Android
at 11:59 AM