A+ A-
Print Email
It's no more news that Airtel Nigeria rolled out its 4G LTE mobile network in seven states which are Abuja, Oyo, Lagos, Rivers, Anambra, Nassara, and Delta with plans of spreading it to the major cities of the country in a bid to improve its administrations. 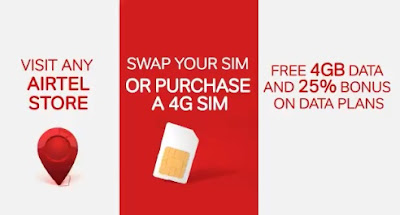 After the launch, you will recall that Airtel announced to give free 4GB Data and 25% Bonus on Data Plans to users who purchase an Airtel SIM or for those who swap to the 4G LTE network SIM. So, in this article, you will be enlightened on how you can get more than the 4GB data bonus. 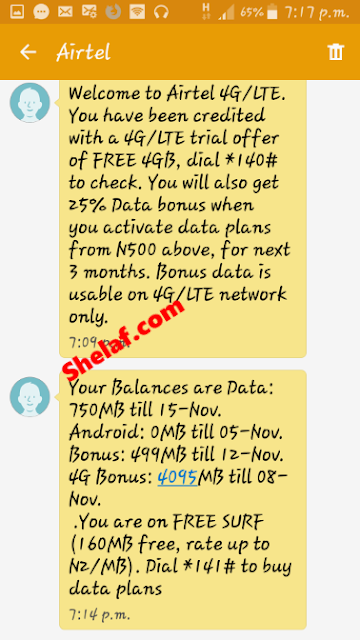 Airtel 4G Band Frequency
One thing that limits the use of Glo 4G in Nigeria was because it was launched on band 28 which isn’t supported by most 4G enabled devices in Nigeria. Though some Infinix and Tecno phones that are recently launched to support the band frequency.

On the other hand, MTN and 9Mobile launched their 4G service on Band 20 and 3 which are supported by most 4G enabled phones in Nigeria.

I'm glad to let you know that the recently launched Airtel 4G LTE has been on Band 3, Frequency 1800MHz which is supported by virtually all Tecno, Infinix, Gionee, itel, Nokia and Xiaomi 4G enabled phones.

Posted by Shelaf
Labels: Browsing Tips
at 7:00 AM