Menu
Home » Android » iOS » Wireless Charging: Things You Need Know to Give Your Phone The Juice it Needs

Wireless Charging: Things You Need Know to Give Your Phone The Juice it Needs

A+ A-
Print Email
The convenience and utility of wireless charging are becoming harder to ignore. Wireless charging is convenient, just lay your phone on a pad or stand and presto, the battery sucks up the juice as if by magic, but it's also a problem-solver. Now you can charge your phone and use wired headphones at the same time. 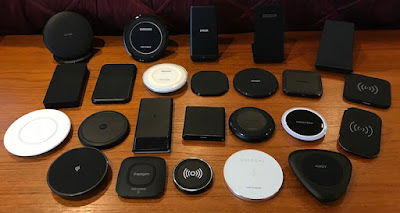 What is wireless charging?
Wireless charging is pretty self-explanatory. It's the transfer of power from a power outlet to the device, without the need for a connecting cable. Wireless charging involves a power transmitting pad and a receiver, sometimes in the form of a case attached to a mobile device or even built into the phone itself. 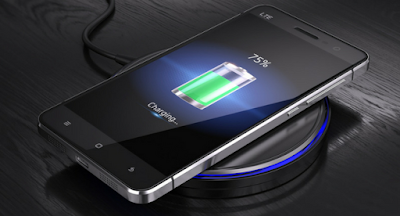 How does wireless charging work?
Wireless charging is based on inductive charging, whereby power is created by passing an electrical current through two coils to create an electromagnetic field.
When the receiving magnetic plate on the mobile device comes into contact with the transmitter - or at least within the specified range - the magnetic field generates an electrical current within the device.
This current is then converted into direct current (DC), which in turn charges the built-in battery.

What are the standards for wireless charging?
There are a few standards floating around. The main one that you will most likely have heard of is Qi (pronounced "Chee"). Qi is a standard that has been developed by the Wireless Power Consortium (WPC) for inductive charging over distances of up to 40mm.

Qi has three separate power specifications, beginning with low power, which can deliver up to 5W and is primarily used for charging mobile devices and smartwatches.

There is a medium power spec, which can deliver up to 120W and is used for monitors and laptops. And there is a high spec that can deliver up to 1kW to power things such as kitchen utensils.
Qi wireless charging has been adopted by many of the major smartphone manufacturers: Samsung, Sony, LG, HTC, Huawei, Nokia, Motorola, and Blackberry.

The other standard that has the potential to steal the limelight from Qi is PMA or Powermat. It too works on inductive charging, but in 2014, PMA signed a deal with another wireless charging consortium, the Alliance for Wireless Power (A4WP). It works on magnetic resonance charging instead. The deal means the two companies can exchange technologies and patents, to help evolve wireless charging at a much faster rate.

The majority of the phones only supports Qi wireless charging. However, some, such as the Samsung Galaxy S6 and S6 Edge, along with the Blackberry Priv, support both Qi and PMA standards. They both have the technologies built into their chassis too.

These are the other major phones that have built-in support for Qi charging:

Can I get a wireless charging adapter for my phone?
You'll notice that not many recent phones actually have the technology built-in, most of them require an adapter or a case to be attached in order to support Qi charging.
Just some of the phones that support a wireless charging adapter include:
There are now products on the market that plug into the charging port of your phone - Micro USB, Mini USB, USB Type-C, and Lightning are all supported - and a thin plate slips between the back of your phone and a regular case. This plate receives a current from Qi charging pads to wirelessly charge your phone.

If you have any of the phones listed above, you need to get a wireless charger

Buy a wireless charger
The wireless charger is available in the Mobile market. It can be as cheap as $5 and if you’re in Nigeria, you can get it for as low as N2000 on Jumia and Konga.