A+ A-
Print Email
Tecno Mobile is planning to release its first smartphone of the year, which is to be called Tecno Camon CM, if the rumor we heard is genuine, then this will be Tecno’s First Full–View Smartphone, coming under the Camon Series. 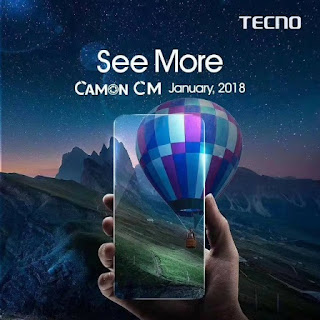 Tecno Camon CM will be a successor to Camon CX which was launched last year. The Tecno Camon series known for the better camera, especially when it comes to taking selfies and group selfie. 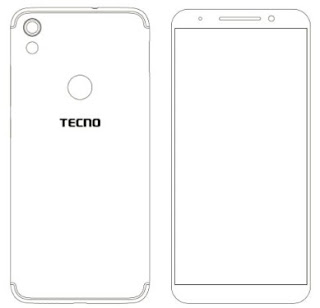 According to the rumor at hand,
The smartphone is coming with a 5.5-inch screen Full View Display,
Embedded with full metal body,
Android 8.0 Oreo with Hios latest version,
3GB/4GB of RAM and 16/32GB onboard memory,
Fingerprint ID,
8MP+16MP front and rear camera,
4G LTE supports, and
3200mah/4000mAh battery capacity.

Tecno has also revealed that the phone would be launched on January 8, 2018, according to a new teaser video posted on their Facebook page.

What features are you expecting from Tecno Camon CM Smartphone?
Posted by Shelaf
Labels: Tecno
at 1:45 PM