A+ A-
Print Email
Samsung has officially announced that the Galaxy S9 and Galaxy S9+ flagship smartphones will be launched on February 25, ahead of Mobile World Congress (MWC) 2018.

Invitations were sent to the media to attend Samsung's Press event in Barcelona, where the South Korean phone maker will announce its newest flagship: the Samsung Galaxy S9 series of smartphones. In the invite released by Samsung, the Galaxy S9 is touted to come with “reimagined” cameras. This literally means the camera quality will be extremely good.

The specifications of the Samsung Galaxy S9 and Galaxy S9+ have already surfaced in abundance. The most recent leak was the retail box picture that revealed almost everything about the flagships. It revealed that the new Galaxy S9 smartphones will sport a Dual Pixel 12-megapixel camera on the rear that will feature advancements such as ‘SuperSpeed’ camera technology, ‘Super Slow-mo’ mode, and optical image stabilization (OIS). The front camera will have an 8-megapixel AF shooter with two apertures – f/1.5 and f/2.4. 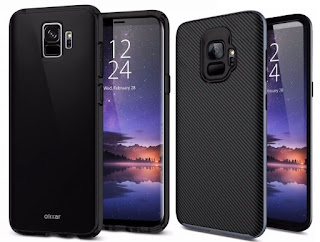 Both the phones are said to sports 5.8-inch and 6.2-inch curved-edge Super AMOLED Infinity displays respectively. They will be powered by the Snapdragon 845 in the US market and Exynos 9 Series 9810 chipset for the Asian markets. This will be paired with 4GB RAM on Galaxy S9 and 6GB on Galaxy S9+. The inbuilt storage will be 64GB and 128GB on both the devices.

The phones will be launched and unveiled on February 25 and are reported to open for pre-order the next day of its launch: February 26 with units shipping to customers on March 16.