A+ A-
Print Email
HTC has launched their first smartphone in 2018, it is known as U11 EYEs, the device was officially unveiled in China and Taiwan earlier today. Arriving with HTC’s largest ever smartphone battery, and some impressive camera features. 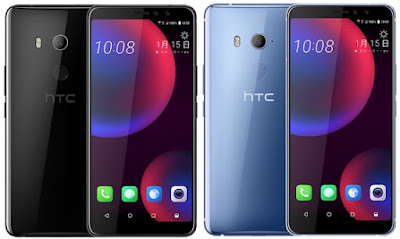 The HTC U11 Eyes is the newest addition to the U11 device family, a successor to 2014’s Desire Eye, and the highlights include dual selfie cameras, an octa-core processor, and face unlock.

The U11 Eyes has a mid-range Qualcomm Snapdragon 652, a system-on-chip in big. LITTLE configuration with four high-performance ARM-A72 cores and four energy-efficient Cortex-A53 cores. It sports a rear fingerprint sensor, a 3,930 mAh battery that charges via USB Type-C port, and two storage and RAM configurations: 4GB/6GB RAM and 64GB/128GB of storage. (The latter can be expanded via a microSD card slot in the second SIM slot of the hybrid SIM/micro SD card tray.)

The U11 Eyes houses a large 6-inch Super LCD3 Full HD+ screen (2160×1080) in an IP67 water- and dust-resistant wraparound all-glass casing, which means it can withstand water depths of up to one meter (3.3 feet) for 30 minutes. Its dual selfie camera consists of two 5MP, f/2.2 aperture 80-degree front-facing sensors above the screen, and it has roughly the same main camera as the HTC U11 — a 12MP, f/1.7 aperture shooter with HDR Boost, bokeh mode and beauty mode, augmented reality stickers, and optical image stabilization that’s capable of some excellent shots. 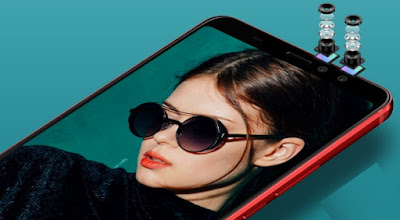 In terms of software, the U11 Eyes ships with Android Oreo and HTC’s squeezable Edge Sense technology, which lets you launch apps and actions by gripping the phone’s sides tightly. HTC says the U11 Eyes’s face unlock feature, which uses the phone’s front-facing cameras, is smart enough to recognize faces through sunglasses and breathing masks.