A+ A-
Print Email
The Nigeria E-commerce giant and pioneer, Jumia, has presented a brand new Ford Figo valued at N5million to 22-year old Nnajiaku Clinton, winner of the 2017 Black Friday Car lottery organised by the firm in partnership with Coscharis Motors. 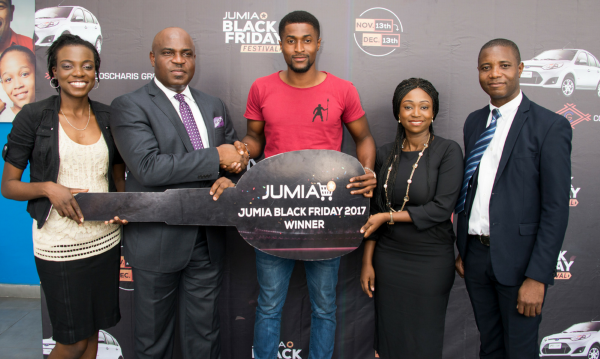 It all started about a month ago when Jumia announced that a brand-new Ford Figo in partnership Cosharis Group. For a period of one month (November 13th – December 13th), Jumia received over 1 million entries. Every Jumia Black Friday 2017 shopper who shopped over 5,000 was eligible for the lottery.

Last week Friday, at a Facebook live event, using a randomizer, a winner was picked. Nnajiaku Clinton Jack emerged the proud winner of the Ford Figo!

Nnajiaku who is Corp member serving in Lagos had purchased two PS4 FIFA 18 games. “I was already budgeting N30,000 for the games only to see an ad that it was now selling at N15,000 on Jumia. on discovering that it was for real I quickly grabbed two units and got additional discounts using my FCMB card to pay”. The delivery was also very fast, got the items in two days! He also added the Ford Figo is the best gift he’s ever received thanks to Jumia Black Friday! 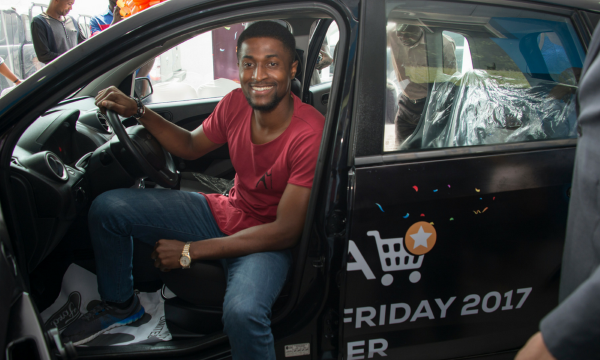 Nnajiaku Clinton, Winner of the 2017 Black Friday Car lottery beaming with joy as he takes his first ride.
Posted by Shelaf
Labels: Jumia
at 9:01 PM