National Roaming: ntel 4G Subscribers Can Now Have Access to 3G and 2G Services via 9Mobile

A+ A-
Print Email
Nigeria’s most revolutionary 4G/LTE-Advanced network provider —ntel, has announced a national roaming field trial with 9mobile. This will give ntel subscribers an access to 3G and 2G services via 9Mobile network, which is one of the first-rate network in Nigeria, due to their undoubtedly better coverage.

The operators have received regulatory approval from the Nigerian Communications Commission (NCC) to commence a national roaming trial over a two-month period. 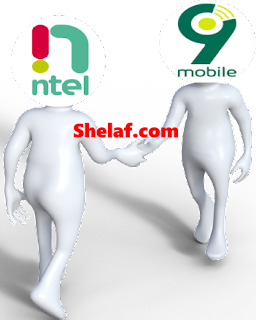 According to ntel, the agreement will enable ntel’s customers to make calls on 9mobile’s network using any 2G or 3G handset within the specified trial zone.


Commenting on the commencement of the national roaming trial, Ernest Akinlola, ntel’s CEO said “This agreement is a significant step in the right direction for us as a company and the telecommunications eco system as a whole.” A full national roaming agreement with 9Mobile would provide our growing customer base with a seamless service over 4G/LTE superfast data and voice clarity as well as ubiquitous 3G and 2G coverage nationwide. Both operators are pioneers in innovation and we are pleased to be charting a new path for the industry.”

The national roaming test is expected to commence on both networks from December 1, 2017.

Note that ntel runs an advanced mobile 4G/LTE network on the 900/1800 Mhz frequency bands which offers subscribers crystal clear Voice over LTE and extraordinarily high internet access speed (up to 230Mbps).
The company made its first on-net test data call in Lagos on January 18, 2016, and followed this up with the first on-net Voice-over-LTE (VoLTE) call in Lagos on February 25, 2016, while full commercial operations commenced on April 8, 2016. While 9Mobile, formerly Etisalat Nigeria is one of the top 4 telecommunication companies in the country.
Posted by Shelaf
Labels: Browsing Tips
at 12:14 PM