A+ A-
Print Email
On-screen Navigation keys (also known software keys) are a waste of screen real estate, they are trendy and have few advantages over capacitive keys (also called hardware keys). For instance, it will not stop working, as well as the functions of software keys can be reassigned as per our requirements.

On-screen Navigation keys is a built-in feature of Android, but some manufacturers have disabled this feature on their phone as it does take up some screen real estate, but in reality, it doesn’t. If your android phone does not have soft keys, but really like the functionality and want to enable them on your phone, then read on to know how to get it. 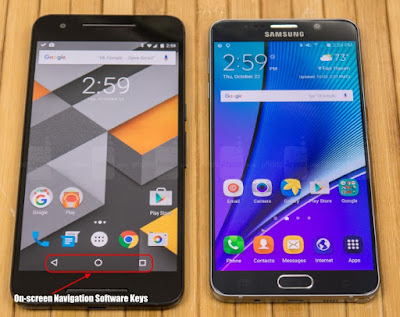 Thanks to so many applications available on Google Play Store for Android devices that now allows you to perform some difficult tasks with much ease. You don't even need to root your Android phone in order to add Onscreen Navigation keys on your device.

All you need is to download Virtual SoftKeys and install the app on your Android phone.

After that, give it the necessary permissions by going to your settings, selecting accessibility and enabling Virtual softkeys.

Simple as that. The buttons come in handy, especially when your phone physical buttons are faulty. With the On-screen buttons, you can operate your phone flawlessly without worrying about the hardware issues. Also, it makes your phone stand out and unique. Imagine adding these buttons to your Samsung Galaxy devices or Infinix Hot Note Android phone, it will make your phone appear differently. It will just look like some of the new Google Nexus smartphones.

Now you can tweak the look and feel of your on-screen buttons and also set it to stay permanently or disappear after a duration. If this is set to duration-based, you would have to swipe up from the bottom edge of your display to bring up the buttons.
Posted by Shelaf
Labels: Android
at 9:30 AM