Menu
Home » iOS » iOS 11 Has Released, Here's How to Install it on Your iPhone, iPad and iPod Touch

iOS 11 Has Released, Here's How to Install it on Your iPhone, iPad and iPod Touch

A+ A-
Print Email
Apple has released the new mobile operating system - iOS 11, which is the next major software update for eligible iPhone, iPad, and iPod touch models. The company announced the release date at a special event in California last week, where it also unveiled the long-awaited iPhone X, iPhone 8, iPhone 8 Plus and Apple Watch Series 3. 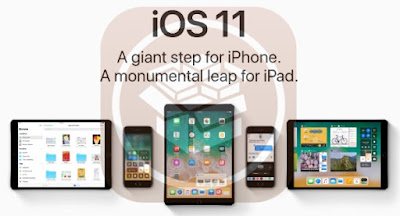 The new software was first announced at the tech giant's annual Worldwide Developers Conference (WWDC) in June, and includes a range of exciting new features. It will come pre-installed on the iPhone X, 8 and 8 Plus, but can also be downloaded onto older Apple devices - so even if you're planning to stick with your old iPhone, you can still benefit from the software upgrade.

Before you update, of course, be sure to back up all of your data via iTunes or iCloud, if you don’t want to lose your precious photos, messages, or documents. Also, create enough storage space to download the update, about 2GB of space is needed.

Next, you need to check the speed of your internet connection - a WiFi connection is best if possible - and make sure your device is plugged in so that it doesn't run out of battery half way through the installation process.

Installing iOS 11 is easy. Here's how;
There are two methods available for you to update your Apple device to iOS 11,
Method 1: OTA Update
If you are on a Wi-Fi network, you can upgrade to iOS 11 right from your device itself -- no need for a computer or iTunes.
✓ Just connect your device to a power source and go to Settings > General > Software Update. Your device will automatically check for updates and then show you the available iOS 11 upgrade.
✓ Hit Download and Install.
✓ Now it will begin downloading iOS 11. This can take a while, especially if you have a slow Internet connection. Once the download is done, tap Install.
✓ Tap Agree when you see Apple’s Terms and Conditions.
✓ Your iOS device will restart and iOS 11 will be installed.

While this is the recommended method to install iOS 11, it might not work for some, such as those who don’t have a Wi-Fi connection or those who don’t have enough free space on their device. If that is the case, there’s another method for you.
Method 2: Via iTunes:
First of all, if your iTunes is not updated, kindly update it to v12.7
✓ Connect your iOS device to your system. iTunes should automatically pop up.
✓ Click the iPhone or iPad icon in the top-left corner of iTunes, next to the drop-down menu for the various sections of your iTunes library.
✓ Click on Check for Update > Download and Update.
✓ Follow the prompts, accept the terms, and let iTunes will complete the process.
That is all. Enjoy the amazing features of the just completed iOS 11 on your Apple Smartphone.
Posted by Shelaf
Labels: iOS
at 10:56 PM