A+ A-
Print Email
Finally! The wait is over! the highly anticipated iPhone 8 is now available for Pre-order at the Apple official website and final release date is September 22. 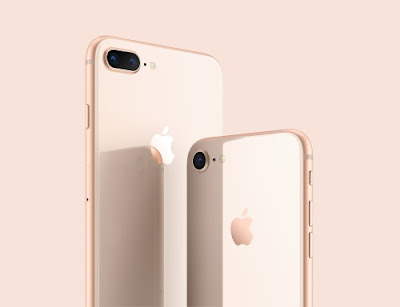 Below are what you need to know about the Apple iPhone 8 and iPhone 8 Plus.


iPhone 8 Specs and Design – What’s new?
The iPhone 8 and iPhone 8 Plus both feature a raft of new specs – and a slightly tweaked look.

Both now feature a glass back and front, with Apple saying the devices use “the most durable glass” in the smartphone world, though they haven’t revealed quite what this means. More interestingly, perhaps, the glass back paves the way for the pair of support Qi wireless charging, which represents a major step forward for the iPhone. As you’d expect, the iPhone 8 Plus is the larger of the two devices, with a 4.7-inch Retina screen, while the iPhone 8 Plus measures a larger 5.5 inches.

However, they stop short of featuring an OLED screen, as some had predicted, and instead retain the same IPS screen found on older iPhones. The 3.5mm headphone jack is still gone, though, which may continue to irk audio buffs.

Under the hood, there’s Apple’s new A11 Bionic processor, which the company says comes with a host of performance benefits. And in terms of camera specs, the iPhone 8 features a 12-megapixel primary camera, while the iPhone 8 Plus features a more impressive dual-lens setup that pairs a 12-megapixel rear ƒ/1.8 lens with a telephoto ƒ/2.8 lens. 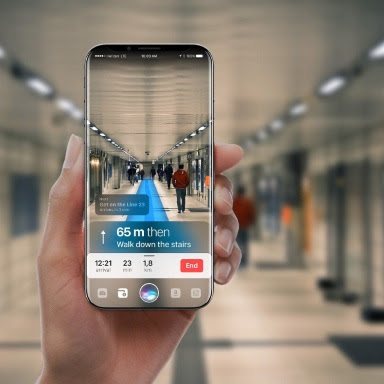 
iPhone 8 Software – Will it run on iOS 11?
Way back at its annual WWDC conference in June, Apple showcased the latest version of its mobile and tablet operating system: iOS 11.
iOS 11 is set to launch on September 19 this year, meaning that both the iPhone 8 and iPhone 8 Plus will ship with Apple’s latest software.

So what’s new? Well there are plenty of upgrades coming with iOS 11, including an update to Messages. In iOS 11, there will be a bigger focus on apps and stickers, featuring a redesigned app picker. There’s also cloud syncing so your messages carry (or delete) across from an old phone to a new phone.
Siri is getting a new voice that makes her much more lifelike too. It’s a clear bid to tackle growing competition from rivals like Amazon’s Alexa and the Google Assistant. She’ll also be able to translate your voice and speak out the response.
Other changes include updates to the the camera and photos, a redesigned control centre, and modifications to Maps, Apple Music, and the App Store.