Android 8.0 'Oreo' Features Have Been Announced —See The 15 Features & Functionality in Android O

A+ A-
Print Email
Finally, Google has unveiled the newest version of Google's mobile operating system is called Android 8 Oreo also known as Android O. The Android 8.0 Oreo's presentation is during the total solar eclipse on August 21, 2017 in New York. The live streaming video of the eclipse and the big reveal of Android O are both on Google's website. 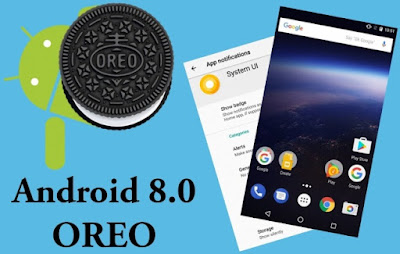 Android Oreo will first be made available for the Pixel devices and certain Nexus devices. This new version has plenty of changes in store, ranging from revamped looks to under-the-hood improvements, so there's tons of cool new stuff to explore.

If you own a non-Google flagship device like the Galaxy S8, Huawei Mate 9,  or OnePlus 3, 3T and OnePlus 5, you'll likely have to wait a few months before Android Oreo hits your own phone. But if you're curious about this new version, or if you have a Nexus or Pixel to test it out on, let's go ahead and take a look at the new features and functionality in Android 8.0. 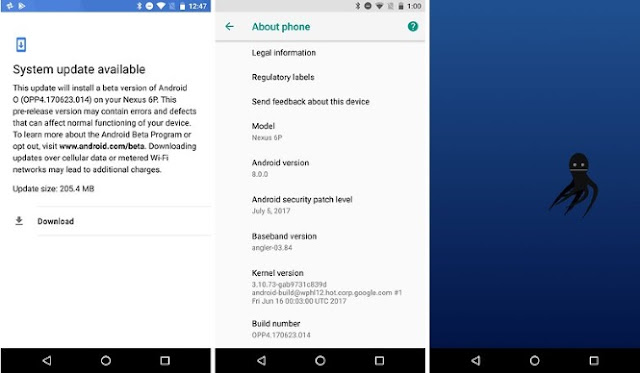 Features of Android 8.0 Oreo
1. Redesigned of User Interface (UI): There aren't an excessive number of changes from the Android 7.0 (Nougat) at the same time, in this beta update, new elements and little changes in the Android UI are noticeable.

2. Redesigned Settings Menu: Features subtle dark gray text on an all-white background. Strangely, the side navigation menu introduced in Android Nougat is gone, but all of the various menus have been reorganized to make the Settings area as simple and straightforward as possible.

3. Background limits: Android Oreo helps minimize background activity in the apps you use least, it's the super power you can't even see.

4. Autofill: With your permission, Autofill remembers your logins to get you into your favorite apps at supersonic speed.
Picture-in-Picture: Allows you to see two apps at once, it's like having super strength and laser vision.

5. Notification Dots: Press the notification dots to quickly see what's new, and easily clear them by swiping away.

7. Revamped File Manager: Android's built-in file manager isn't the best on the market, but it's nice to have a way to browse files without having to install an additional app. Things are looking up, too, as the Files app in Android Oreo got a bit of a makeover. It still hasn't reached feature parity with apps like Solid Explorer and FX File Manager, but at the very least, it lets you view, delete, and open files.

8. Google Play Protect: Working to keep your device and data safe from misbehaving apps by scanning over 50 billion apps per day, even the ones you haven't installed yet!

9. New Emojis: Share the feelings with a fully redesigned emoji set. Google has finally ditched the blob-shaped smiles in favor of more traditional rounded ones, and most emojis now have a gradient applied to them.

10. Project Treble: The biggest change to the foundations of Android to date: a modular architecture that makes it easier and faster for hardware makers to deliver Android updates.

11. Notification categories: - More granular and consistent control over which notifications can appear and how intrusive they are.

13. Picture-In-Picture: This feature enables you to continue viewing your video on any screen. Much the same as when you are viewing a youtube video you can limit the video and go to another screen. In Android O, you'll simply press the home button and the video contracts into a mobile window. The video continues playing while you open up others applications, or do the other thing the device.

14. Smart Text Selection: Copying a telephone number, email address or expression doesn't generally work superbly, and you invest energy wriggling with the selection bars in the correct place. This feature simplifies the activities that require copy - pasting. The OS would now be able to perceive which application is best for the chose series of characters you're working with. Another illustration included having the capacity to feature a telephone number and pop directly into the dialer.

15. Battery Saver: Android O accompanies a programmed utmost to limit application running on background. This it will keep certain applications from running down your battery and hoarding all your memory. The framework will likewise streak an identification that tells you something's running out of sight, similar to a tracker.

Also Read: Android 8.0’s “Streaming OS Updates” Will Work Even If Your Phone Storage is Full

What do you think of the new features?
Posted by Shelaf
Labels: Android
at 12:59 PM