Menu
Home » Android » Google Confirms Android O as Android 8.0: Check The Release Date & Phones That Will Be Getting the Updates

Google Confirms Android O as Android 8.0: Check The Release Date & Phones That Will Be Getting the Updates

A+ A-
Print Email
Google has announced the next version of its Android mobile operating system at the Big G’s annual developer conference, I/O 2017, Android O is the title. The "O" means Oreo and it will be version 8.0. Oreo is the nickname of the new Android OS. Android 8.0 Oreo will be the next and the senior version of Android 7.0 Nougat. 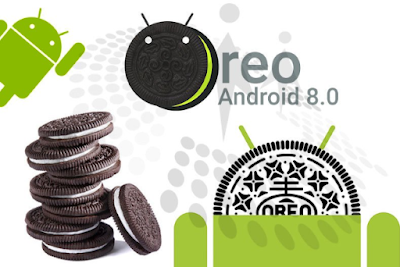 Android 8.0 Oreo will be rolling out beginning from early to mid-August this year, it's expected to be released via OTA updates to some Android devices.

Pixel users (Phone by Google) will definitely be the first to receive it. If you have been a devoted follower of Android OS, you’ll discover that Android Nougat 7.0 was released Over-The-Air in August 2016, and now this…

Android O is coming straight to some phones which is already listed below.

1. Google Pixel, Pixel XL — Being Google's own devices, the two Pixels are ought to begin receiving Android O as soon as it's officially out.

2. Nexus 6P, Nexus 5X — Google's former flagship phones will likely begin receiving Android O after the Pixels, but should be running it well before the year ends.

4. Nokia
HMD promised that Nokia 3, 5 & 6 will be getting Android 0, but there are not projected time for it.

For other brands, no information yet about them in regards to this. Only time will tell when smartphones from Infinix, Tecno, Gionee, Innjoo and even iTel will get this update.

Watch out for the OTA updates of Android 8.0 Oreo on your Android devices. If your Android phone is among the eligible devices, you should see the update starting from next month.
Posted by Shelaf
Labels: Android
at 10:43 AM