A+ A-
Print Email
The Abu Dhabi-based company decided to exit the country after talks between Etisalat Nigeria and a group of banks over the restructuring of a $1.2bn loan failed. The Chief Executive Officer of Etisalat International, Mr Hatem Dowidar, told Reuters that the company had terminated its management agreement with Etisalat Nigeria. 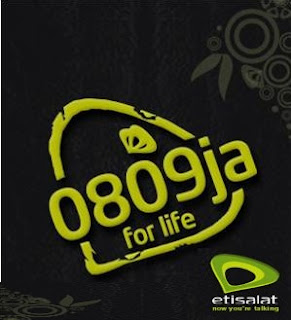 Nigerian regulators intervened last week to save Etisalat Nigeria from collapse after lenders were calling for the probe and total takeover of the company.

However, Etisalat International announced on Monday that it was pulling out after all UAE shareholders of the company have exited and left the board and management of the Nigerian brand.
Etisalat Nigeria only have 3 weeks to use the brand name, and then change it to something else or other Telco’s will buy it off.

So this will be the end of 0809ja, extremely bad!
For now, we don’t know what will happen to about 21 million Etisalat subscribers.
Posted by Shelaf
Labels: Browsing Tips, Others
at 10:27 PM