A+ A-
Print Email
Dubai-based smartphones maker Innjoo introduced four new smartphones at the concluded Mobile World Congress (MWC) held on the 27 February to 3 March. They are the Innjoo 4, Innjoo fire 4 plus, Innjoo Max 4 plus and Innjoo Pro 2.

Among the four Smartphone unveiled at the MWC 2017 in Barcelona, Spain. Innjoo 4 remains the most advanced in terms of technical specifications. Innjoo 4 is the successor to last year Innjoo 3 smartphone. 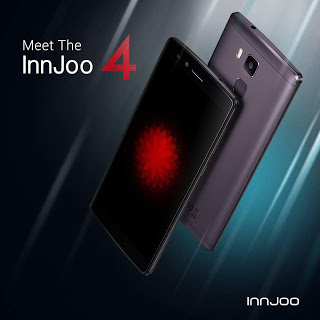 The device features a 5.5-inch IPS FHD display with 1080 *1920 pixels resolution just like what’s obtained on Innjoo 3. Innjoo 4 smartphone boots out of the box Google’s Android 7.0 Nougat with Innjoo own UI on top. 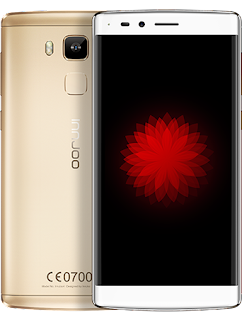 The Innjoo 4 has been the Innjoo’s first ever deca-core phone, powered by a Deca-core MediaTek Helio X20 processor, powered by 2.3GHz. Along the Heliox X20 is a 4GB RAM and 64GB of expandable storage. It is the fastest phone Innjoo ever made.

Just like the  Innjoo 3, the Innjoo 4 is made entirely of aluminum finishing with a fingerprint sensor placed centrally at the rear. It uses a 3400mAh battery with fast charge technology.

Price
To be announced.

The Innjoo 4 is not yet available but expected to hit both online and offline stores soon... Probably before April 25th, 2017. Stay glued for the release date.
Posted by Shelaf
Labels: Android
at 12:01 AM