The First Ever Blackberry Dual-SIM Smartphone - Aurora With 4GB Ram

A+ A-
Print Email
BlackBerry shut down its hardware business, but that doesn’t mean that it is out of it. The company now has TCL as its official hardware maker. BlackBerry is a licensing partner that handles the software, but will not be responsible for the actual sales and distribution of the phone.

The first smartphone from TCL was showcased a few days back, named ~ KEYOne (aka Mercury), a throwback to the good old BlackBerry design mixed with new age tech. BlackBerry KeyOne will launch in April 2017. 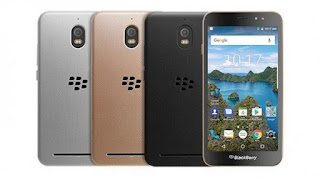 BlackBerry Aurora is the first ever smartphone from the brand to come with dual-SIM support. The Aurora smartphone has a 5.5inch On-cell display that carries support HD resolution of 720 x 1,280 pixels. Powered by a Snapdragon 425 SoC paired with 4GB RAM and 32GB internal memory.

The smartphone measures 152×6.8×8.5mm and weigh in at 178g. Android 7.0 Nougat and it is preloaded with BlackBerry Hub. With DTEKTM preloaded on the phone, the BlackBerry Aurora offers the best security to protect its operating system and apps. Rounding off the features is a 3,000mAh battery. Color options of black, silver, and gold.

The smartphone was announced with a price tagged of;
Indonesia: IDR 3,499,000
United States: $260
Nigeria: NGN 79,300 (not yet in Nigeria as of the time of this publication)
Posted by Shelaf
Labels: Android, blackberry, Specs & Reviews
at 9:42 PM