A+ A-
Print Email
Tecno mobile is already on course to unveil another powerful device, a successor to Tecno L8. The company is embarking upon a more sophisticated Tecno L9. The L8 is well-known for its powerful battery. The smartphone has two versions, the normal L8, and the L8 Plus. The upcoming Tecno L9 will also have two versions, Tecno L9 and Tecno L9 Plus.

Tecno L9 and Tecno L9 Plus will be the latest addition to the L-Series and also Tecno first Smartphone this 2017. As expected, there will a much better design and software upgrade on the L8. 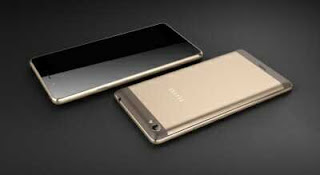 Tecno-mobile has come again with their innovative marketing strategy, the last time, it was #BeautyAndTheBeast which is Tecno Phantom 6 and Phantom 6+, but this time, they dare the boyfriend association with their hilarious caption.

L-series phones are known for coming with high capacity batteries, as the L8 and L8 plus all have a massive 5050mAh battery capacity, it's expected that the TECNO L9 and Tecno L9 plus will not be an exception, but coming to other specs like RAM size, Tecno L9 is expected to feature 3 GB while the Tecno L9 Plus should come with a 4GB RAM.

Tecno L8 supports the 2G, 3G and 4G network. The support the three generations of networks is excellent, so we expect Tecno L9 and L9 plus specs to do the same. L9 plus might do better with the upload and download speed of the three networks.

L8 is a dual SIM smartphone and has a body dimension of 154 x 77.5 x 8.85 mm. Tecno L8 weigh about 135 grams. Tecno L9 is however expected to be larger. There may be the reduction in its weight and thickness. Also expected to come in more varieties of colors, unlike the L8  which has only two varieties (black and white).

The 16GB internal storage in Tecno L8 is relatively small, so we expect a larger internal storage space. It is difficult to tell what type of processor the upcoming Tecno L9 will feature. Tecno L8 features the MediaTek processor, but we expect something of a Qualcomm Snapdragon processor.

These are the expected Tecno L9 and Tecno L9 Plus Specs. Stay glued and connected for an updated information on this smartphone, actual release date, and its price.
Posted by Shelaf
Labels: Android, Specs & Reviews
at 2:23 PM