A+ A-
Print Email
Gionee M2017 is an upcoming flabbergast smartphone from Gionee. The device packs with several interesting features, but the most interesting is its battery capacity. Gionee M2017 comes with two 3500mAh batteries inside, providing total battery capacity of 7000mAh put in a single phone, which come with support for Quick Charge 3.0. 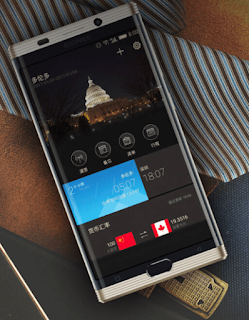 The Gionee M2017 – made to perfection and hot in the eye of consumers, the said mobile phone can use up to 25.89 hours of video playback when we are talking about movies and a standby time of 915.42 hours. Surely it suits also for games and other things you want to do on your phone. 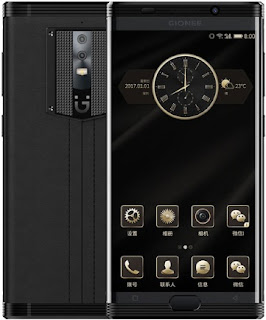 This is the biggest battery life among other phone distributed and available in the market today.

Apart from the battery life, the Gionee M2017 also comes with 6GB of the RAM which smoothly play very high-end games that can play no hassle into its RAM with the combination of Octa-core Processor.

The rest of the specs aren't bad either. Here's the Key Features of this Gionee M2017
The most Amazing part about Gionee M2017
The Gionee M2017 premium smartphone has been launched in China at a substantial base price of CNY 6,999 (roughly Rs. 68,400). As of now, there is no word whether the new Gionee M2017 will be released in Nigeria or stay exclusive to China.

There has been no official statement from the company regarding the matter, we will have to wait and see if Gionee M2017 is able to make its way out of China to other territories or not.

This is the best ever Gionee device, looking forward to the availability of this wonderful device in Nigeria market early 2017.
Posted by Shelaf
Labels: Android
at 2:03 PM