A+ A-
Print Email
TecnomobileNG twitter handle was full of drama at yesterday, the company sent out a tweet, used for conducting a controversial poll on their moving closer device Phantom 6 and 6+ and it made lots of fans thought that the Tecno Mobile's page was hacked. See the screenshot of the theatrics. 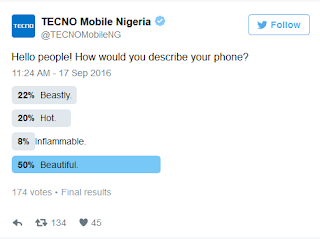 Note that Tecno page was not hacked, but its their new approach of broadcast their incoming Phantom beast with the Hashtag, #BeautyAndTheBeast. This is one of TECNO’s most impressive marketing strategy, and it is quite commendable.
Below are the real images of the Tecno Phantom 6 and Phantom 6+ unveiled by Tecno itself TecnomobileNG 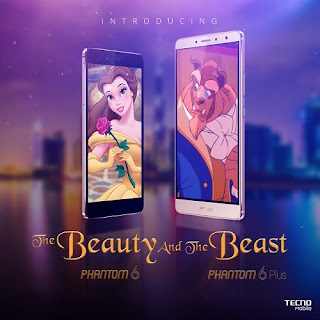 The two new Phantom Smartphones will be launched in Dubai this September 25th, 2016.
Lots of truths are surrounding this device, but let us wait until the day of the launching. You can check out some of the rumored spec and Photos here.
Stay updated and connected to the actual release date, full specification and its price.
Posted by Shelaf
Labels: Android
at 11:46 PM