A+ A-
Print Email
Windows 10 is a personal computer operating system developed and released by Microsoft as part of the Windows NT family of operating systems. It was officially unveiled in September 2014 following a brief demo at Build 2014. The first version of the operating system entered a public beta testing process in October 2014, leading up to its consumer release on July 29, 2015. 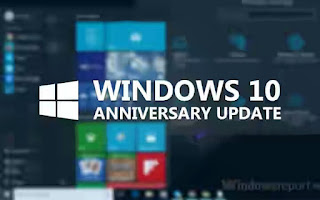 It has clocked one year now, when Microsoft unveiled the Windows 10 operating system to the public and it has already been downloaded on more than 350 million devices since launch, to mark the one year anniversary and a way of saying a special thank you to each of you who have upgraded to Windows 10, Microsoft has provided the anniversary update and download links for PC users on "32 bit and 64 bit" and you can now download the free Windows 10 Anniversary Update.

Key Features of Windows 10 Anniversary Update
» Virtual Desktop pins: This allows you to pin an open app to a virtual desktop. If you always want a particular program in front and center. This makes it easy. To activate the new feature, open the Task View used to manage virtual desktops, right-click on the window you want to pin, then select Show this window on all desktops.
» Cortana: Helps you be more productive with the Windows 10 Anniversary Update
» Bash shell: This brings Linux’s beloved Bash shell for Windows 10. Developers will definitely love this. It allows them to run Linux commands on their PC, and it is powerful enough to run even graphical Linux software.
» Microsoft Edge Improvement: Helps you do more with increased power efficiency, extensions and accessibility.
» Dark Themes: The new update brings "Dark Theme" for those that think Windows 10 is too bright.
» Activation Troubleshooter: Windows 10 users can now tie their operating system license to a Microsoft account.
» Gamers Stay Connected and Enjoy More Games: Stay connected with friends on Xbox Live and enjoy even more games across your favorite devices with the Anniversary Update.
» Windows Ink: Available for the first time in the Anniversary Update, brings the writing you do every day into your digital world. Lets you quickly and easily take notes, sketch on a screenshot or draw out an idea.

» If you are already using Windows 10, never bothering yourself, your system will be automatically updated with the new features.
To Update it Manually
» Go to Settings > Updates & Security > Windows Update » In Windows Update simply click Check for Updates. Once the update appears, update and your download will begin. 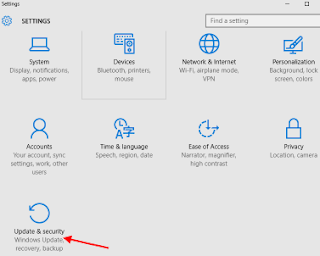 » For the new users, who wish to upgrade their system to Windows 10Use the Media Creation Tool to create appropriate ISO files if your network is bad for downloading, see the instruction here and download the app here