A+ A-
Print Email
Kodi is the best media center when combined with add-ons, it allows you to watch all kinds of media content. Live sports (including soccer, tennis, golf and so on), tv series, movies, name it and Kodi/Xbmc will give it to you.

After months of testing Kodi 17 Alpha version, the team has now officially announced that Kodi 17 Krypton beta 1 is available to download and interact with, which in turn means that all of the hard work that’s brought the team to this stage is about to get broader adoption. Codename Krypton, version 17 of Kodi represents the finalization of a ton of work completed across multiple areas of the popular media player software. 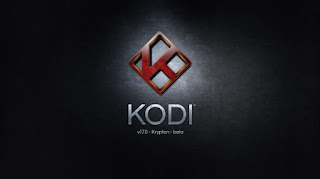 Kodi essentially turns any computer, smartphone or tablet into a digital set-top box or streamer, giving users the ability to stream files from the internet, a home network and local storage.
Unlike other TV streamers such as the new Apple TV, Chromecast 2 and Amazon Fire TV Stick, Kodi isn’t held back by licensing or a curated app store, so it lets you download a range of community-made apps, and watch whatever you like.

For more detail on how to install Kodi/Xbmc on PC, iOS and Android Device, plus Add-Ons to watch Live Sports, TV Show/Movies: Check out this link: www.shelaf.com/2016/03/how-to-install...

This release brings the new Estuary and Estouchy themes for big screens and mobile devices; a redesigned and cleaner/clearer Settings area (pictured below), an improved music library, and Live TV/DVR tweaks.


Kodi is not easy to set up, but once you dedicate enough time for it, you will surely get it done and once it is done you will know that it's worth something to stress for.
Posted by Shelaf
Labels: Android, iOS, pc
at 5:00 PM