Menu
Home » Android » Google Announced That Android 7.0 Will Officially be Known as Nougat

Google Announced That Android 7.0 Will Officially be Known as Nougat

A+ A-
Print Email
Google has announced the next version of its Android mobile operating system is Nougat. Android Nougat will be version 7.0. Nougat is the nickname of the new Android OS. Android 7.0 Nougat is the latest and the senior version of Android 6.0.1. 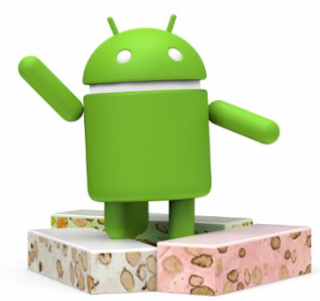 At Google I/O, the company announced that it would be taking suggestions for what to name its next mobile OS. To avoid a Boaty McBoatface issue, Google insisted that it would have the final say no matter what suggestion the Internet favored most.

Among the names posted on Google's Android N website were Nachos, Naan, Nectar, Nut brittle, and more. But Nougat was the winner, joining Marshmallow, Lollipop, KitKat, Ice Cream Sandwich, and all the other sugary Android monikers.

Android Nougat promises to bring you a variety of “tastes” and features. Front and center will be the multi-window support. Also, Google is bringing a better Doze functionality.Then there’s the seamless auto-update, which allows the operating system to download Android core level updates in the background and install them when you restart.

Check out the video of the Android Nougat statue unveiling, then let us know what you think about the naming scheme.


You can now watch out for the OTA updates of Android 7.0 Nougat on your Android devices. If your Android phone is among the eligble devices, you should see the update soon.
Posted by Shelaf
Labels: Android
at 1:51 PM