A+ A-
Print Email
I believed we all are already aware that ntel network is the newest network providers in Nigeria offers 4G LTE Advanced network, which they claimed to deliver super fast call-connect times, crystal clear Voice over LTE and extraordinarily high internet access speed (up to 230Mbps). ntel itself, has released the official list of confirmed smartphones that are suitable to use their 4G LTE network and VOLTE network. 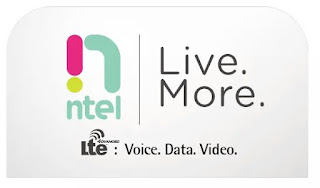 The ntel services are only available in Abuja and some parts of Lagos (Mainland) at the moment, while you are still waiting for the ntel sim that you booked for and their network to be surfacing in your area, below are the suitable devices for their 4G LTE and VOLTE network including the phones that other people have tested with their new ntel sim card, check if your smartphone is listed.

According to Wikipedia, VoLTE is an acronym for Voice over LTE, which is based on the IP Multimedia Subsystem (IMS) network, with specific profiles for control and media planes of voice service on LTE defined by GSMA in PRD IR.92. It’s voice calls over a 4G LTE network, rather than the 2G or 3G connections which very common in Nigeria. Below are the smartphones supported both the 4G LTE and the ultramodern VOLTE services.

Ntel 4G Compatible Smartphones Supporting LTE Data Only
The below phones supports only the 4G LTE in Ntel.
Note: The above Smartphones are just the ones that ntel officially confirmed. There are lots of Smartphones available in the market that support ntel 4G LTE network and even the one you are currently using as far as your phone is 4G LTE enabled.

I will be updating you guys on some tested and confirmed smartphones that are compatible with ntel 4G LTE network.

If you have already purchased their sim card and tested their network, kindly share your savoir faire about ntel services.
Posted by Shelaf
Labels: Browsing Tips, mobile
at 12:56 PM